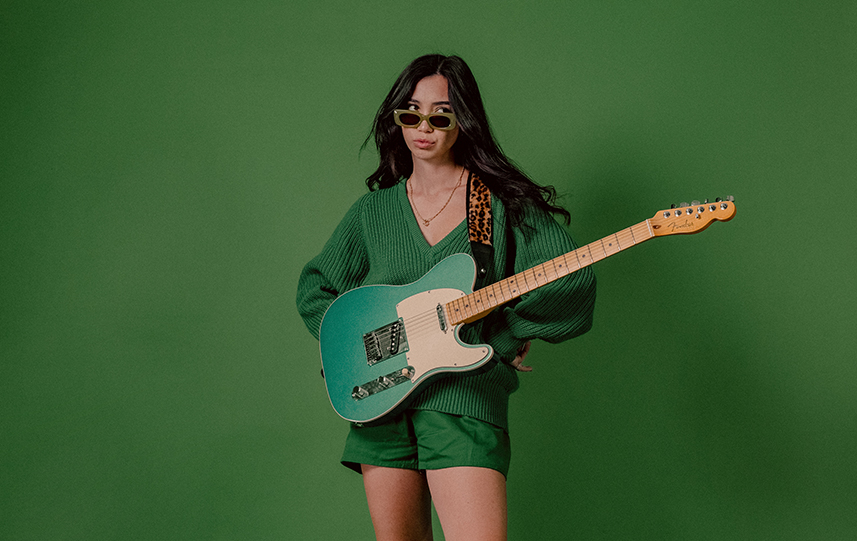 Wallice is an indie pop wunderkind who has swiftly become one of Gen Z’s most exciting new voices, known for her tongue-in-cheek, self-effacing anthems. After picking up her first instrument at age 6, Wallice started writing songs in middle school and later played in her high school band, inspired by the lyricism of Thom Yorke, Lana Del Rey and the punky irreverence of Weezer and No Doubt. She also modelled and acted (once appearing in an episode of Frasier) throughout adolescence, with her former actress mother supporting all creative pursuits. A proud college dropout, she attended the New School in New York City for Jazz Vocal performance for a year before moving back to California and connecting with childhood friend marinelli, who helped her hone the wistful indie pop style that led to her rise. A breakout 2021 culminated in the release of her debut EP Off the Rails, her signing to Dirty Hit, her first sold-out headline shows and support tours. Her second EP 90s American Superstar pushed Wallice even further, chronicling the rise and fall of a fictional version of herself. She has found champions in the likes of Vogue, New York Times, The FADER, BBC Radio 1, Pigeons & Planes, Steve Lamacq, Zane Lowe and NME, where she was named as part of the ‘NME 100’ for 2022.