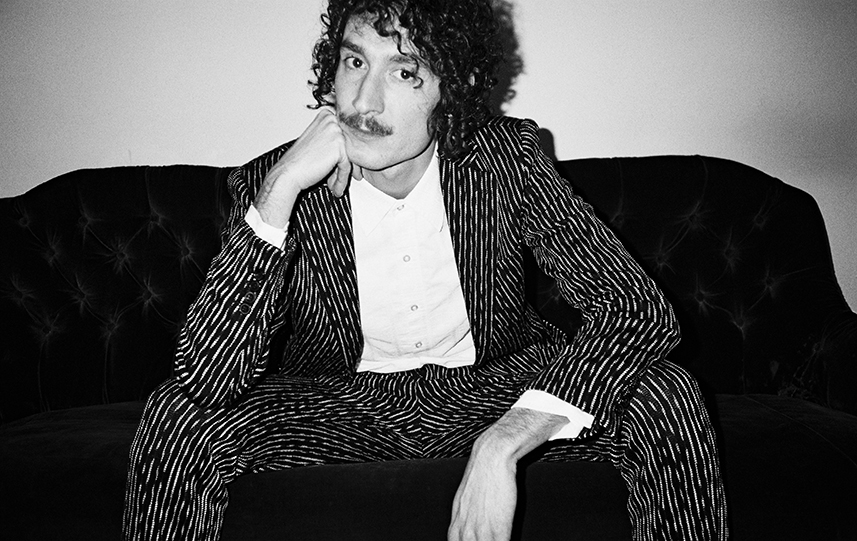 Dumbo Gets Mad is a psychedelic pop project based Italy. It has been founded at the beginning of 2011 in Los Angeles by Luca Bergomi, with the release of his debut album Elephants at the Door. The record showed a fresh approach towards a mixture of musical styles and defined the project as psychedelic pop. The album achieved a lot of excellent reviews on the web, and the project started to create a solid fan base all over the world, thanks to its pristine sound and style. “Plumy Tale”, the first single ever released, was nominated by Joe Tangari top 50 on Pitchfork of 2011, and “Marmalade Kids” was picked as song of the day by NPR. After touring Italy and Europe, in 2013 a new record has been released, Quantum Leap. This album is even more textured than the previous and it explores plenty of musical genres, resolving in a mind blowing psychedelic jam. Dumbo Gets Mad played alongside bands such as Neon Indian and Black Lips, and one of the single on this record, “Indian Food”, became massively popular, and forged a definitive coronation of the band sound. Thank You Neil, released in 2015, is a more soulful record, inspired by american astrophysicist, author, and science communicator Neil deGrasse Tyson. The live recorded album shows a more elegant and minimal approach to the production and received wonderful reviews ( Stereogum, Vice … ). After 4 years of stop, in 2019 the new single “Makes You Fly” has been released with the French Label “Nice Guys”, in anticipation of a new full length album. “Things Are Random And Time Is Speeding Up” has been released on February 2021, and it has solidly confirmed the psychedelic nature of the project. At the beginning of 2020 Dumbo Gets Mad started a North American tour. After playing all along the East coast, it has unfortunately been interrupted by the pandemic and is going to be continued on March 2023. Dumbo Gets Mad Live band will be formed by Lorenzo Rotteglia on drums, Ivan Torelli on Bass and Carlotta Menozzi on vocals.