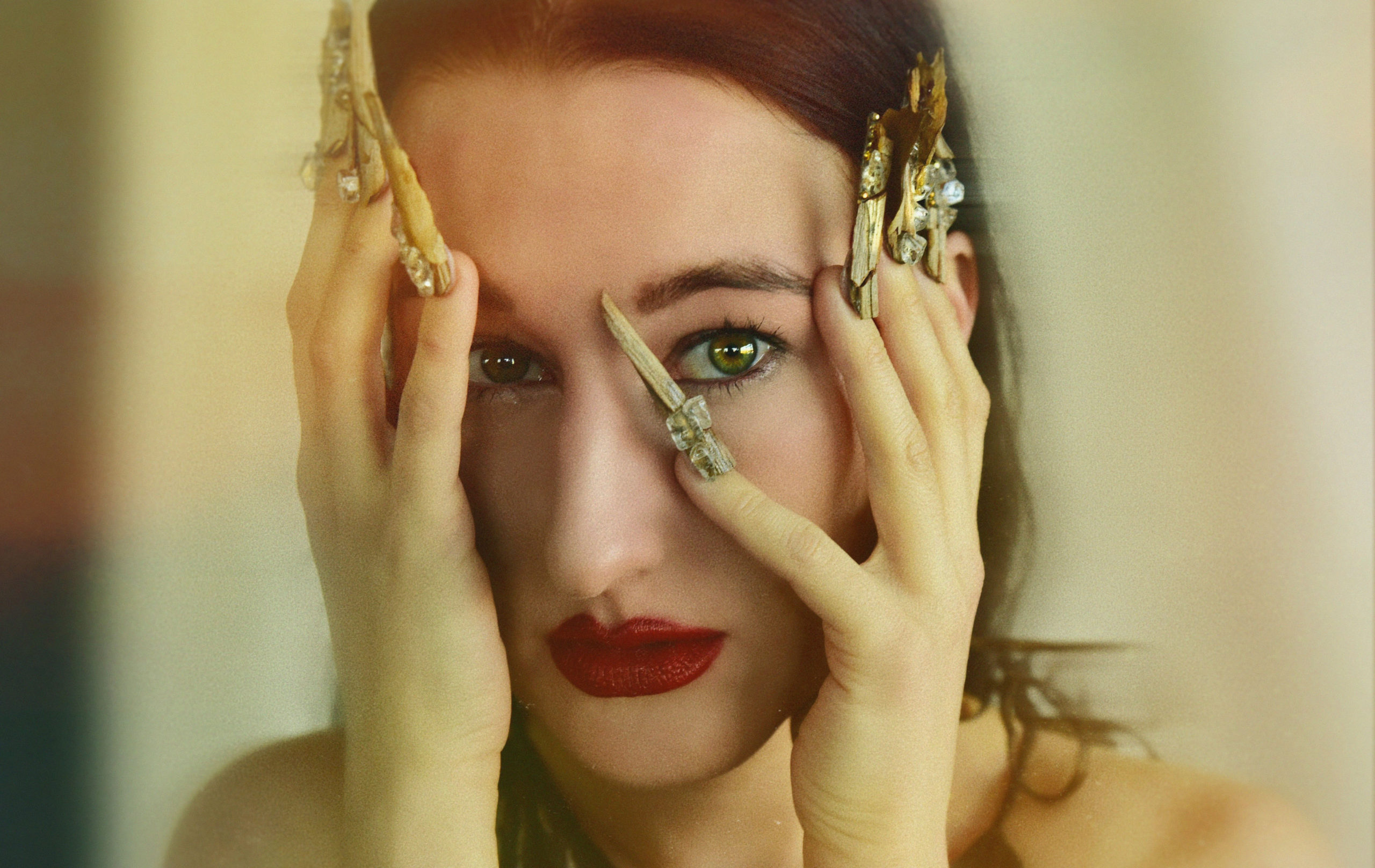 There is a way a voice can cut through the fascia of reality, cleaving through habit into the raw nerve of experience. Nika Roza Danilova, the singer, songwriter, and producer who since 2009 has released music as Zola Jesus, wields a voice that does that. When you hear it, it is like you are being summoned to a place that’s already wrapped inside you but obscured from conscious experience. This place has been buried because it tends to hold pain and Zola Jesus’s new album, Arkhon, finds new ways of loosing this submerged, stalled pain.

On previous albums, Danilova had largely played the role of auteur, meticulously crafting every aspect of Zola Jesus’s sound and look. This time, she realized that her habitual need for control was sealing her out of her art. Arkhon sees Zola Jesus’s first collaboration with producer Randall Dunn (Sunn O))), Earth, Mandy and Candyman soundtracks) and with drummer and percussionist Matt Chamberlain, whose prior work appears on albums by Fiona Apple, Bob Dylan, and David Bowie.

Arkhon reveals itself as an album whose power derives from abandon. Both its turmoils and its pleasures take root in the body, letting individual consciousness dissolve into the thick of the beat. Despite the darkness curled inside reality, there is power, too, in surrendering to what can’t be pinned down, to the wild unfurling of the world in all its unforeseeable motion. That letting go is the crux of Arkhon, which marks a new way of moving and making for Zola Jesus.

White Boy Scream is the experimental classical project of opera singer and composer Micaela Tobin. Tobin dissects her operatic and extended vocal techniques through the use of electronics, oscillating between extreme textures of noise, drone, and operatic sound walls. Her most recent full length album, “BAKUNAWA” (Deathbomb Arc) , co-written by multi-instrumentalist Rhea Fowler, includes elements of sonic ritual, ancient myth, and ancestral memory. Of the album, Steve Smith of The New Yorker Magazine asserts that “opera would do well to pay attention.” The album was ranked #9 Release of 2020 in The Wire Magazine.

Currently, White Boy Scream is Micaela Tobin, Rhea Fowler, and Adam Starkopf. The trio have a new album in the works and a European Tour set for September 2022.