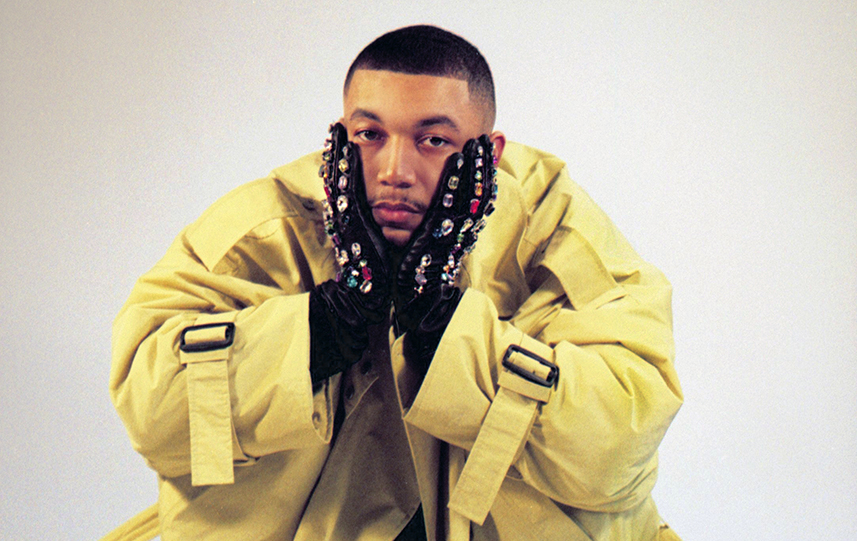 Wesley Joseph – Made In The Moonlight tour

Wesley Joseph – Made In The Moonlight tour

For polymath artist Wesley Joseph, writing a song is like shooting a film – he sees in terms of scenes and colors, lighting the proper mood, drawing the right emotional arc. Music and filmmaking are Joseph’s two great loves. Film came first—he started making DIY videos at age 12 to entertain himself and his friends growing up in a small town in the UK. “There wasn’t really much happening,” he remembers, “and from a young age it created this mindset that doing everything myself was the only way to do it.”

But when he moved to London to study as a filmmaker, he discovered something in the freedom and independence of city life that demanded to be captured in song, and found a crew of collaborators—including A.K. Paul, Dave Okumu, Joy Orbison, Leon Vynehall, Lexxx, Loyle Carner and his childhood friend Jorja Smith—to help him do it. The result was his breakthrough single ‘Ghostin’’ and the 2021 debut ULTRAMARINE – released on his own imprint EEVILTWINN – a deeply textured collection of avant-R&B and soulful future-pop that stretched from psychedelic ballads to hard hip-hop bars (often in the span of a single track) and crystallized the mood of a young cohort trying to find love and live their dreams while the world is falling apart. Whilst his collaboration with Loyle Carner on single ‘Blood On My Nikes’ lead to him featuring on the artist’s critically acclaimed – and #3 charting album – earlier this year.

Now the nascent auteur returns with his Secretly Canadian debut GLOW, eight more songs of love, loss, anxiety, and joy about coming of age at a time of unprecedented change. Showcasing his range across songwriting, performing, and production—not to mention his flawless transitions between singing and rapping, between character studies and raw emotional honesty—it’s a stunningly beautiful work that makes it clear Joseph’s on the path to becoming a world-changing talent.

GLOW opens with the title track’s warm analog synths and cascading vocals that channel the harmonious Northern soul Joseph’s dad raised him on, a shimmering bed of clouds for the project’s opening credits. But like any good director, he quickly deepens the mood, drawing together disparate influences and emotions to build a unique sonic world spilling over with synchronicities and juxtapositions. “MONSOON” conjures nocturnal hedonism at the same time as it contemplates grief. “SUGAR DIVE” (featuring Korean artist DEAN) pairs ethereal Curtis Mayfield-esque soul with a garage beat and bathes it all in haunting echo. “HIATUS” starts off sounding like a late-night walk through a haunted city before building to a cathartic minor-key peak. “I pride myself on the worlds that I’ve created in my songs. The progressions and the changes and the emotions are never linear. There are always dualities that exist for people to interpret in different ways.”

As on previous projects, Joseph is providing his own visual accompaniments for GLOW, creative directing its artwork and adding to his growing filmography as a director—he’s repped by the renowned production company Stink—with its first video. “COLD SUMMER” finds Joseph singing from a supervillain’s perspective over woozy film-score strings, and the concept bleeds over into its video accompaniment, a cryptic post-post-Tarantino film shot in Kazakhstan.

“I’ve never really seen them separately,” Joseph says of music and film. “They kind of just constantly drift into each other. And when they come together, it’s like it was meant to be in my head the whole time.
It’s usually hyperbole to call an artist as young and new as Joseph “visionary,” but it’s undeniable that he has a vision, one that transcends old ideas of genre and medium, one that seems to get bigger and richer every time he steps into a studio or behind a camera. GLOW is one of the deepest and most satisfyingly cinematic listening experiences of the year—and Wesley Joseph is just getting started.