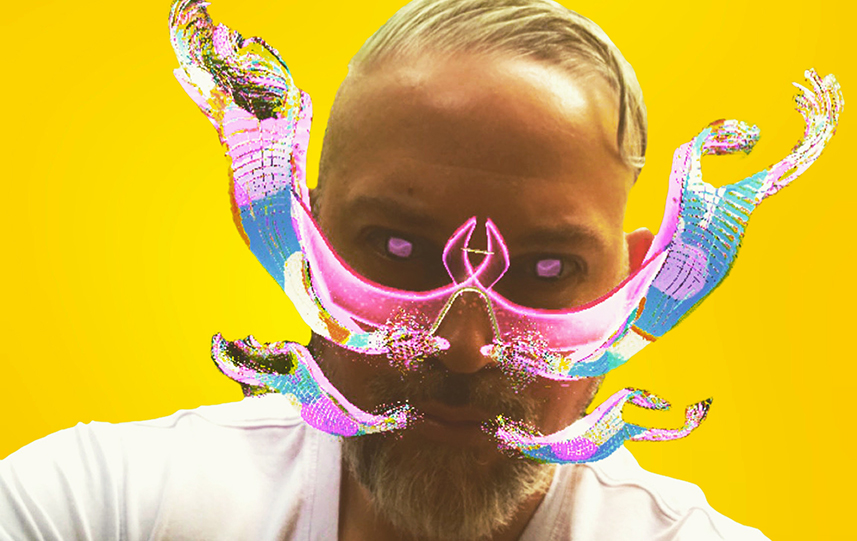 TOBACCO is the recording project of Pennsylvanian experimentalist Tom Fec. Since arriving as a darker, beat-centric offshoot of the seminal electro-psychedelic band Black Moth Super Rainbow, TOBACCO has mutated into something wholly its own. The trademark treatment is textural: all blown-out bass, queasy analog synths, and drum machine chugging beneath Fec’s unmistakable analog gurgle and hiss. For the last two decades, Fec has shrouded his personal life in mystery, keeping the focus on the music. That has all helped tremendously as there’s a lot to chew on from his 2008 debut Fucked Up Friends, to 2010’s Maniac Meat, to his Ghostly debut, Ultima II Massage, and its tape deck-damaged 2016 follow-up, Sweatbox Dynasty. His latest record for Ghostly is Hot Wet & Sassy, a pop-forward full-length album oozing with expressions of antilove, self-hate, and disappointment in others.

TOBACCO has toured with Nine Inch Nails, remixed outsiders as offbeat as HEALTH and unexpected as White Zombie, provided the theme song to HBO series Silicon Valley, and produced MCs ranging from Beck to Aesop Rock — releasing a collaborative album with the latter in 2019 as Malibu Ken. Wherever Fec lands his mark as a musician is uncanny. You can hear disembodied bits of Boards of Canada, early Def Jam records, and Gary Numan, or maybe just public-access TV and bad VHS dubs of 80’s horror flicks. Or the sun exploding and everything you’ve ever loved melting away. At the end of the day, TOBACCO’s just trying to make meditation music.