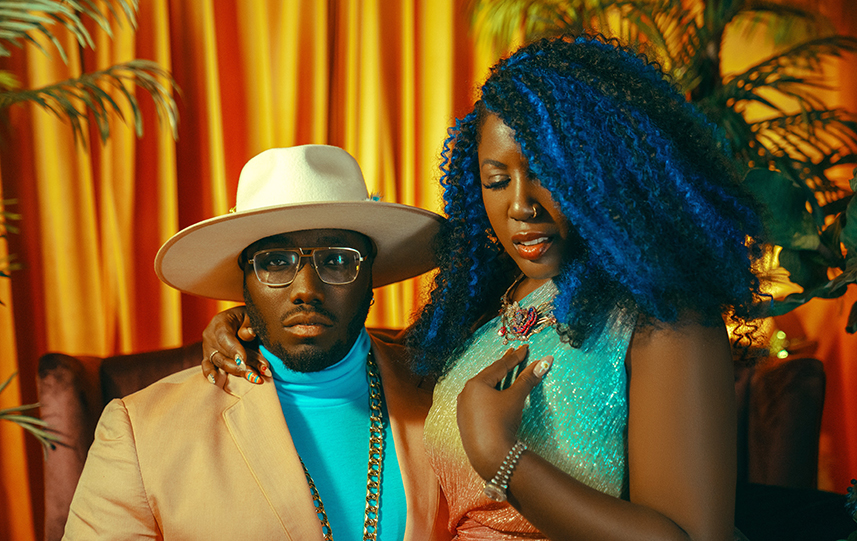 The APX: Live in Los Angeles – One Night Only

The APX: Live in Los Angeles – One Night Only

Huffington Post says “The APX drops funk that goes beyond good and hits excellent.” Grammy award winning musician Teddy Riley calls the group his “life support when it comes to funk”, Kiss 104 FM Atlanta says “The APX is keeping REAL funk alive”, and Creative Loafing describes their music as “Saturated in the funk… while still blazing trails of their own design.”

The A.P.X., which stands for “Amplified Experiment” is a billboard charting nostalgic electro funk, soul, boogie & house music duo consisting of Detroit raised singer/songwriter Erika Dawn Rhodes and her husband Atlanta raised musician and producer Dee Rhodes. They have released two full albums including their recent iTunes top 100 charting “Amplified Experiment” which was considered for a Grammy in 2019. The duo has toured internationally with sold out shows in Paris, London, Toronto, Los Angeles, Oakland and more. Currently endorsed by Native Instruments, they write and produce their own records as well as direct and produce their own music videos. Their music has been featured on Netflix, CBS, Buzzfeed, Okay Player and more. The APX has amassed over 600,000 streams (including well over 400,000 for their hit collaboration “Your Touch,” alongside Tariq Nasheed’s band Mink Slide). Their single “Right on Time“ had an exclusive music video premiere on Huffington Post.