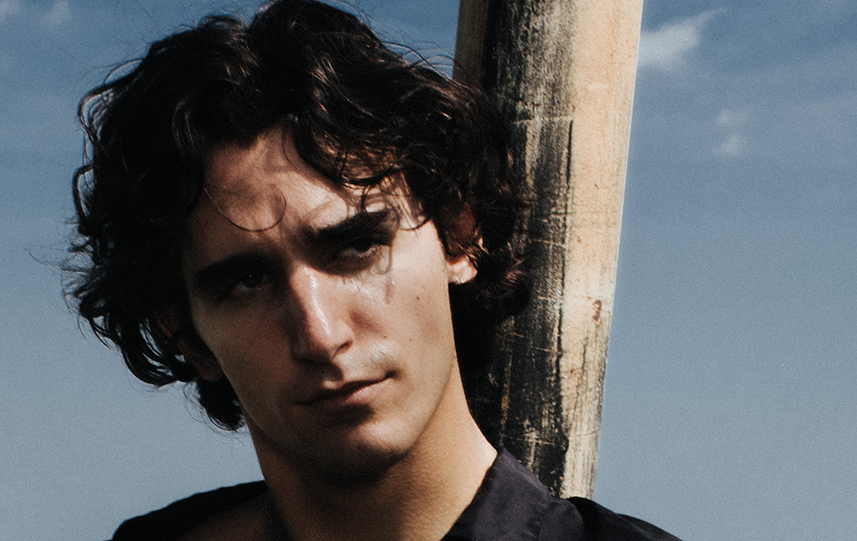 Tamino has partnered with PLUS1 so that $1 per ticket goes to supporting organizations working for equity, access, and dignity for all. www.plus1.org

The arrival of Tamino is enough to make even an agnostic ponder predestination. The grandson of one of Egypt’s most famed singers, the great Muharram Fouad, Tamino came to the guitar as a teenager only after finding a rare resonator in his late grandfather’s attic. He plays it now alongside the oud, dual links to his cultural past that he uses to understand and articulate his emotional present. And when Tamino, whose jawline could make Euclid blush, sings of mystery and wonder, romance and surrender, worry and hope, you see that he’s been to those places, returning to share what he’s witnessed in a voice as strong as it is delicate, captivating as it is comforting. That is precisely how Sahar, his spellbinding second album, sounds—as though Tamino were born to sing these songs, and we were meant to witness.

Five years ago, Tamino became an unsuspecting star in his native Belgium, catapulted to major stages after winning a national radio contest. He had always expected to write intimate songs for small audiences, but here he was in front of ecstatic crowds that soon included Radiohead’s Colin Greenwood, such a fan he began touring and recording with Tamino. His debut LP—2018’s enormous and immersive Amir—galvanized his emerging star, its musical dynamism and sweeping vocal range netting comparisons to Jeff Buckley and, of course, his grandfather. In this singular and especially sensitive set of exquisite songs, Tamino had bound together European and Arabic folk traditions, creating wholly modern beauties.

The international frenzy that followed, though, surprised Tamino—shy and sensitive, a self-described recluse. He knew he would need a long step out of the spotlight if he were going to write the follow-up. So late in 2019, he acquired his own Antwerp apartment, cozy but spacious enough to accommodate a piano (his first instrument), a small recording rig, and his guitars, including that rare resonator. Though long praised for his vocal acrobatics, he barely needed to push his voice past a whisper in this new little room, allowing him to sit still with his ideas, to dig deeply into the words and moods. And alone at home, he explored the oud, the Arabic lute he’d long heard but only started playing after a Syrian refugee, Tarek Alsayed, agreed to teach him. The oud became a new way to channel his heritage into his moment.

Tamino filled his small music room with newly subtle but frank songs and oud improvisations, all inquisitive reflections on his own good fortunes in life and love and his worries for the world. He amassed several dozen demos that way, all closer to his core and truer to his voice. When he finally sent the songs to his longtime producer, live engineer, and trusted friend PJ Maertens, it felt like a surrender, as he finally let someone into the vulnerable world of feeling and song he’d been building at home, alone.

Even as they expanded on those sounds in the studio, with the steadfast help of bona fide band member Greenwood on bass and Ruben Vanhoutte on drums, Tamino preserved the candor of those close quarters on Sahar’s 10 songs. Indeed, for 45 minutes, Sahar puts you in that room, letting you hear of the world just as Tamino has seen it these past few years. Arabic for “just before dawn,” Sahar is an endearing distillation of what Tamino has learned in the quiet of his home, a new beginning for a generational and borderless talent.

These unguarded moments thread throughout Sahar, an album where delicacy and strength wind into an emotional ouroboros. (Mixing more than half the album with Jonathan Low at Aaron Dessner’s Long Pond helped foster that sensitivity.) “Cinnamon,” for instance, is a barely adorned acoustic pop ode to life’s endemic admixture of pleasure and confusion—lust and weed smoke and wonder curl into cutting questions about what we want out of ourselves and each other. It’s a magnetic tune, not only because of its breezy hook and rubbery bass, but because it perfectly articulates our modern sense of ecstatic ennui. Gracefully spooling over steady electric chords, “Only Our Love” is a guileless confession of adoration, with Tamino limning everything about his longtime partner that enchants him—her empathy, her extroversion, her energy—and admiring what they can accomplish together.

Amid a mesmeric flurry of fingerpicked notes, influenced by practicing flamenco patterns, Tamino welcomes new adventures and explorations during opener “The Longing,” a song that encourages us to indulge every aspect of our personality. “Try to believe me,” he sings, his falsetto suddenly arcing like a colorful firework. “Hid away, your longing will only grow.” A similar sense of entreaty frames “The First Disciple,” an oud-laced consideration of our darkness and light, our purity and corruption, prompted in part by Tamino’s years spent pondering the writings and discordant lifestyle of Kahlil Gibran. There are flourishes here, sure—anxious drums, urgent strings—but there’s mostly the sense that you’re sitting still with Tamino in his little space while he works through his most tender feelings about who he is, trying to navigate our endlessly complicated moment as an imperfect individual.

Indeed, there are several enormous moments on Sahar, instants when—with the help of Maertens and co-producer Jo Francken—Tamino brings the experience of entertaining thousands on several continents to bear. A study of all the things he loves about his partner that he doesn’t also see in himself, “Fascination” hinges on the tiniest domestic moment imaginable—watching television together and having very different reactions to the same scene. (In this case, a flamingo stuck in salt from during Our Planet.) But with its ascendant harmonies and booming drums, it is an explosive expression of admiration and gratitude, a love song of absolute awe. And though “A Drop of Blood” begins like a traditional maqam, with Tamino singing above intricate ripples of oud, a torrent of brooding strings and hissing electronics eventually underline his struggles with self and faith. These are marrow-deep questions about who Tamino actually is.

For much of his still-young career, Tamino has often been seen as a next iteration of something that has come before—his iconic Egyptian grandfather, the golden-voiced Buckley, the pioneering Radiohead. Those are all flattering comparisons, no doubt, but they are all weighted by the pressure of history and precedent. Sahar is the moment Tamino seems to emerge fully as himself, to arrive at a dawn of his own doing.

Tamino knew years ago he needed some time for himself, to live and grow and be without considering the status of his sudden career. In these 10 remarkable songs, his development—as a songwriter, a singer, a thinker, a human—is reaffirming, all reminders of how much we can learn and become. Sahar documents Tamino’s personal awakening; for you, it can be a map.