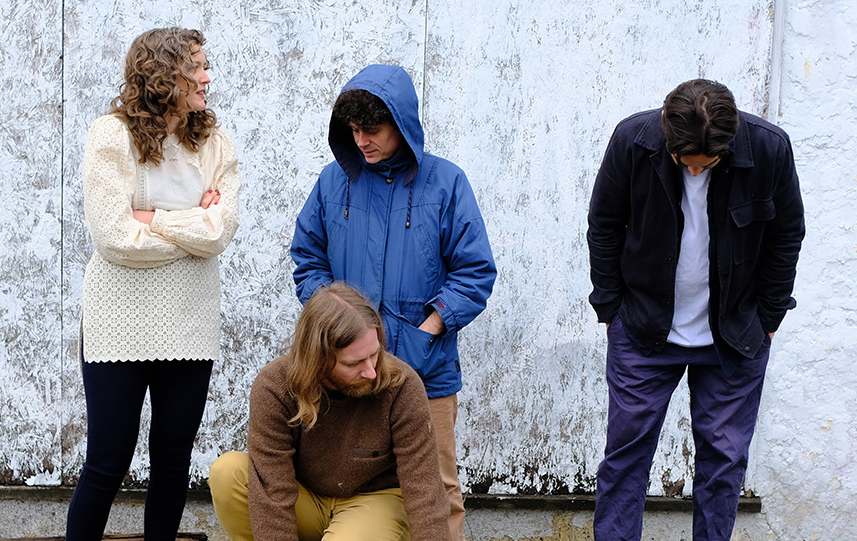 Twenty years ago Spencer Krug began using the name Sunset Rubdown for his solo bedroom recordings, experiments too low-fi and odd for what was then a blossoming Wolf Parade, but by 2006 Sunset Rubdown had evolved into a full band, with core members Michael Doerksen, Jordan Robson-Cramer, and Camilla Wynne joining Krug on the stage and in the studio. By 2009 the band had released three critically acclaimed albums, Shut Up I Am Dreaming, Random Spirit Lover, and (with the addition of Mark Nicol on bass) Dragon Slayer. Sunset Rubdown toured extensively across North America, Europe, and Japan, before quietly disbanding after their final show in Tokyo, late 2009.

Fast forward twelve-and-a-half years to Krug whimsically sending the band a group email about a possible reunion, after having dreamt about it the night before. Each of the members replied with an enthusiastic “Yes” that same afternoon, and a dormant volcano began to rumble…Now, despite over a decade of Krug incorrectly assuring fans it would never happen, Sunset Rubdown is reuniting, with all four original members returning to the stage for two short tours in the spring of 2023. Together they’ll celebrate the three albums created as a band, and look toward the possibility of a fourth. Krug admits he was the last one to think a Sunset Rubdown reunion would ever happen, but is grateful he was wrong.

Born and raised in the Snoqualmie Valley, Nicholas Merz left Washington, his home state for Los Angeles a few weeks before shutdowns began in February 2020. Using the pedal steel and his voice, Merz deconstructs his way through compositions and lyrical themes with confrontational vulnerability.