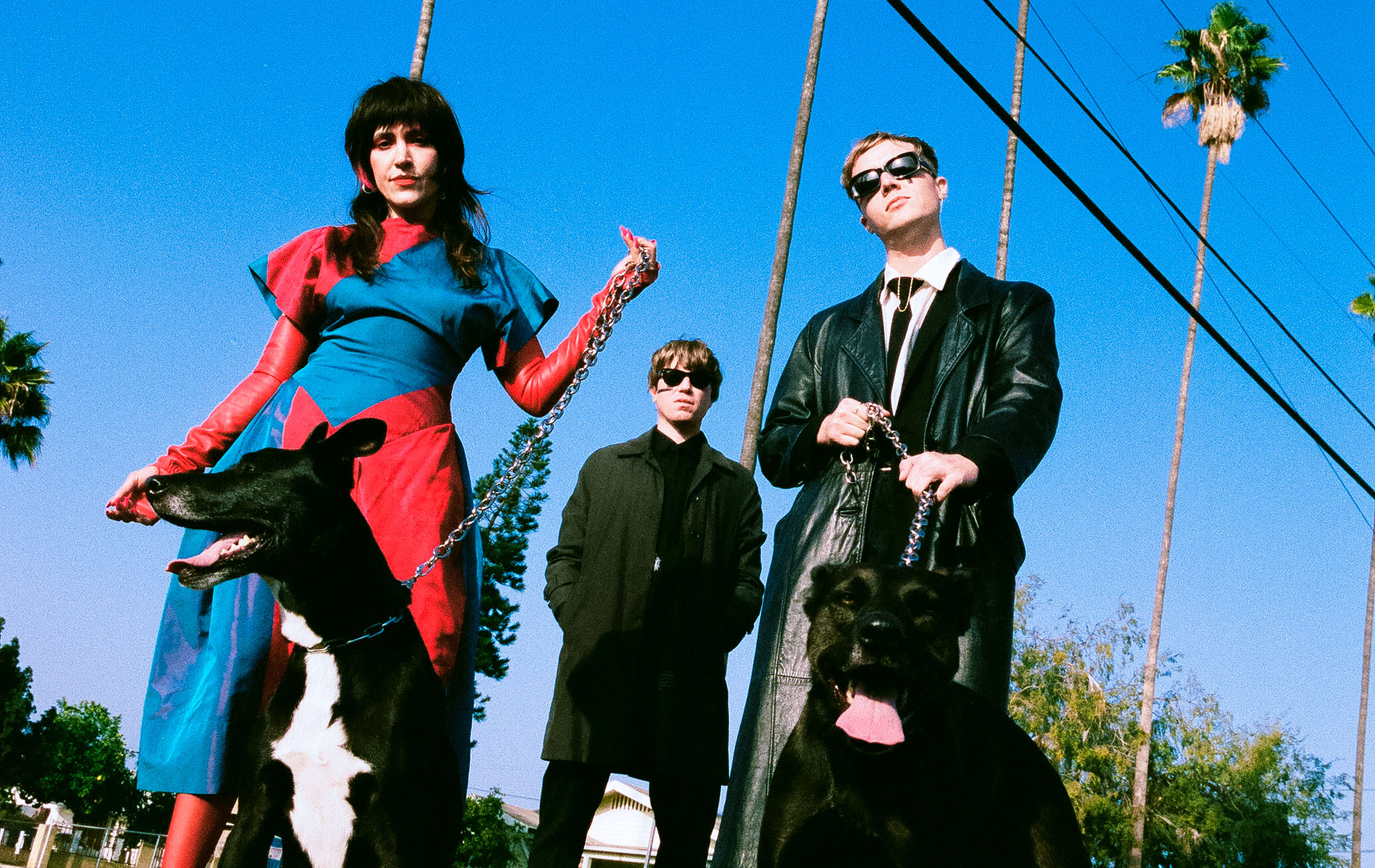 As a stable fixture in the Los Angeles underground, Sextile has been gaining a devout following since its creation in 2015. The four-piece outfit has all the makings of a revolutionary sound — boldly throwing convention out the window to create an entirely original, genre-bending imprint that combines the raw energy of 70’s punk with the intricate and sophisticated structural elements of 80’s post-punk and synthwave.
Sextile’s first release, A Thousand Hands, had a signature sound that was a dark and primitive form of rock n’ roll, a blend of surf punk, early industrial, and post-punk marked by heavy use of distorted guitar feedback and primal drum beats against a backdrop of violent energy. The album caught steam with each flailing, chaotic performance and, responding to demand, the band played endlessly around the Los Angeles area. They toured the west coast frequently, including a standout run with The Soft Moon. When Sextile assumes the stage, the band members truly draw energy from the air, electrifying the crowd to the point where the stage and the venue feel as if they might collapse at any moment. Brady Keehn’s powerful vocals bounce effortlessly off of Eddie Wuebben’s hypnotic synth lines, which mix in perfectly with Melissa Scaduto’s commanding stand-up drumming style. Holding it all together is the piercing delay feedback and self-contained noise from the guitars of Keehn and Sammy Warren.

After hunkering down in a basement in Echo Park to record for a couple weeks, Sextile is back with their sophomore LP, Albeit Living. The album is a testament to the band’s growth in the songwriting department and effort spent fine-tuning their burgeoning compositional skills: the synth is in the forefront on this album, allowing it to shine through more powerfully than we saw on A Thousand Hands. Despite its more sophisticated sound, the album manages to match and even intensify the seductive energy of their live shows and debut album. In true DIY spirit, the band members were involved in almost every aspect of making the record. Keehn engineered and mixed the album while Warren acted as assistant engineer. The album was produced by Keehn and Scaduto and co-produced by Warren.

The ten-song LP is a strong statement as a follow-up to their primitive debut, and while it re-defines Sextile’s sound, the real impact the album has is the way it decisively breaks the rules and guidelines set out by conventional genres and strives to create something truly unique and genre-altering. The album launches abruptly, pulling you almost instantaneously into its orbit of hard-hitting up-tempo drum beats, haunting synth hooks, and enough guitar feedback to make Kevin Shields blush. Energy and passion combust as the members feed off each other to create a brand of post-punk that combines the formidable noise and feedback of Psychocandy-era Jesus & Mary Chain, the frostbitten analog synth melodies of Cabaret Voltaire, the myth of Public Image Ltd., and the dark soundscapes of bands like D.A.F. and Section 25.