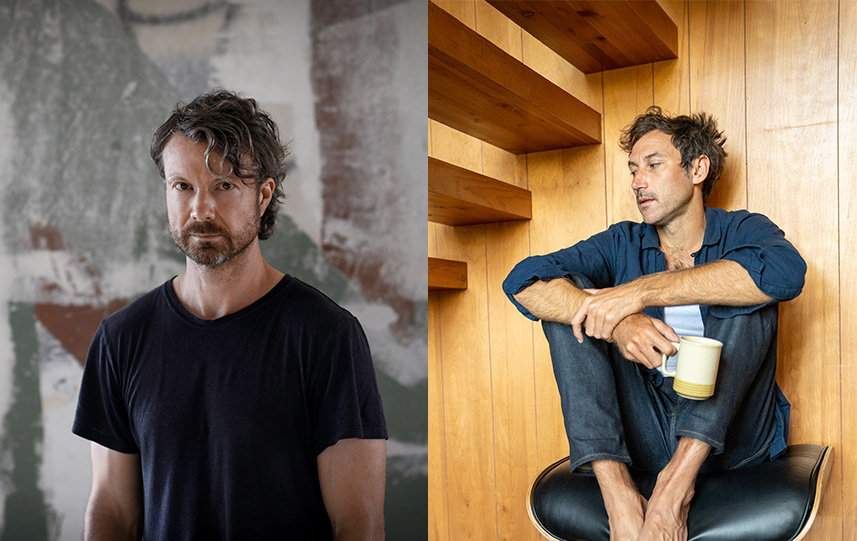 When Church recorded the initial version of what would later become Through A Dark Wood, he wasn’t satisfied with the songs as a group. “The album came about during a kind of ‘dark wood’ period of my life,” Church said, “and it wasn’t until the end of that period that I gained some kind of clarity and realized what I wanted to say. I always had the notion that I would return to these songs one day, and with a bit of time having passed, and some gained perspective, I realized they were part of the ‘dark wood’ story all along.“

Through A Dark Wood is a raw, contemplative album that explores the complex feelings surrounding relationships, loss, the magnitude of current events, and ultimately the process of finding hope through it all. Church’s carefully crafted lyrics are wrapped around expansive melodies, lush rhythms and a stunning string quartet, maintaining a sense of musical familiarity while still pushing his sound forward. From the resilient, evocative anthems “Blood Pact” and “Two of Us” to the sweeping arrangements and poetic imagery in “Frank O’Hara” and “Back to the Wind”, his ability to gracefully illustrate deep, complex human emotions is on full display.

Sea Wolf first captured attention with the breakout track “You’re A Wolf” off the debut full-length Leaves In The River. He has since released three studio albums and one stripped-down LP, establishing a reputation for his poignant delivery and dexterity as a songwriter and garnering positive coverage from NPR Music, Rolling Stone, Pitchfork, The New York Times and more.

When Matt Costa started working on the songs for his sixth record Yellow Coat , he’d been on tour for the better part of two years and had just ended a relationship of almost a decade. The music needed to exist, and it was as much an emotional exercise as a creative one.

Yellow Coat is a masterpiece of heartbreak from a preternatural tunesmith, its raw emotion channeled into gently swinging, hooky love songs, most of them awash in strings and mellotron and harmonies and groove. From the insinuating acoustic riffs and lo-fi beats of “Avenal” and the snappy fatalism of “Slow” to the almost church-like fragility of “Last Love Song,” Yellow Coat is equal parts lost ‘60s AM radio hits, folk-pop beauty and dark night of the soul music