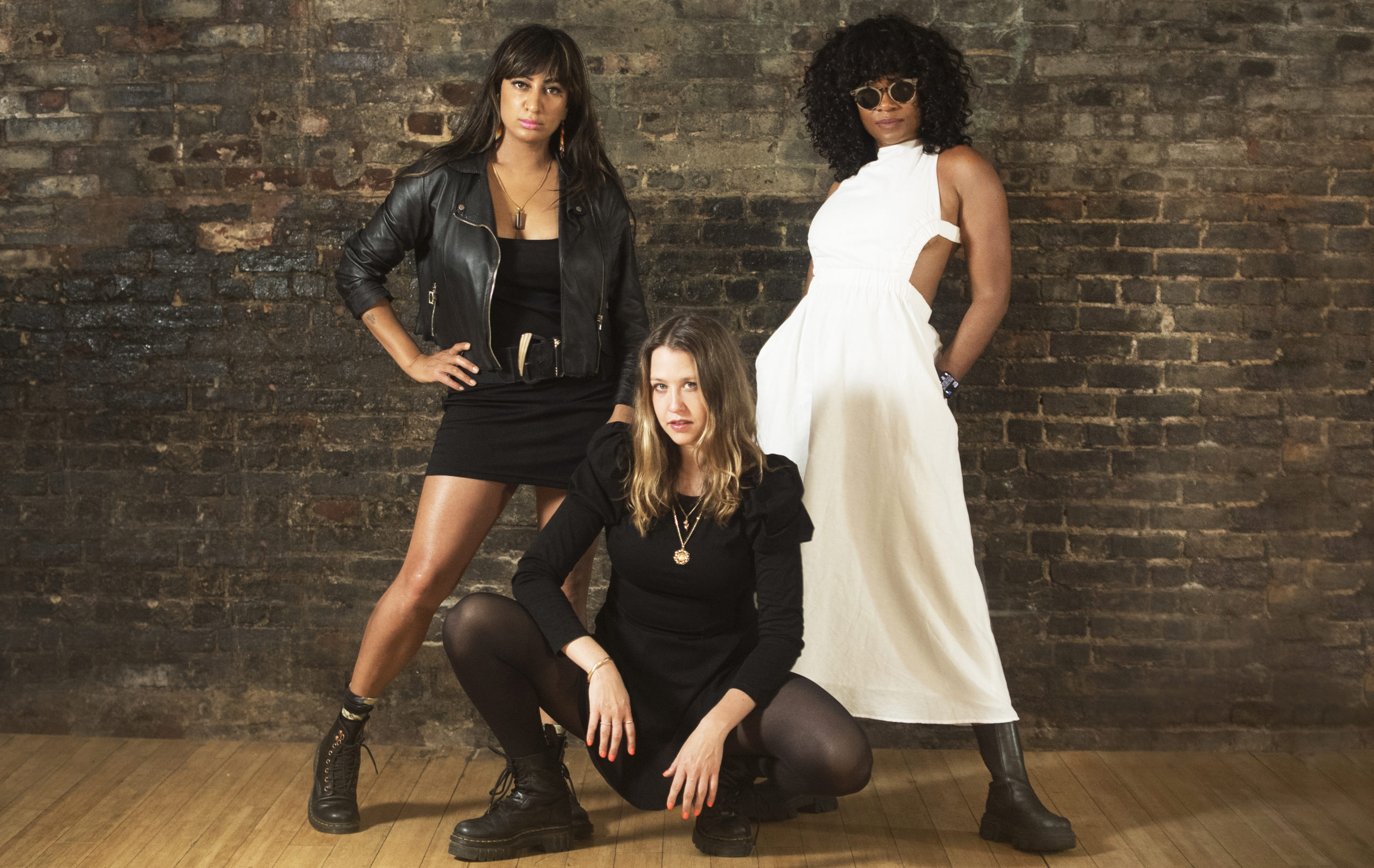 The female-led discodelic soul band Say She She – named as a silent nod to Nile Rodgers (C’est chi-chi!: It’s Chic!”) will transport you with their dreamy harmonies, catchy hooks and up-tempo grooves. The band’s sound is a hat tip to late 70’s girl groups with the three strong female lead voices of Piya Malik (El Michels Affair staple feature, and former backing singer for Chicano Batman), Sabrina Mileo Cunningham and Nya Gazelle Brown (former 79.5) at the epicenter of a roaring 7 piece band.

The band’s debut single FORGET ME NOT quickly proved to be a certified dancefloor banger. Written as an ode to New York City’s Guerilla Girls fighting racial and gender discrimination in the art world – premiered by DJ Novena Carmel on Morning Becomes Eclectic and described by Jeremy Sole as “ The Funkiest shit Ive heard in a while!”

Say She She’s follow up single – a sultry B side BLOW MY MIND has catalyzed their Karma Chief /Colemine 7” release as a must cop 45 for DJs coast to coast. They followed that with a billowing protest anthem NORMA in June; it was Say She She’s response to the then impending decision to overturn Roe Vs Wade is an urgent call for ACTION in support of protecting women’s rights and preserving the right to choose.

“Weeee Will Not Go Back!/ Right is now Wrong/ What is left of left?”

Their last single, TROUBLE, which was produced by members of The Extraordinaires (Charles Bradley). was released earlier this month and made its debut in KCRW’s weekly Top 10 charts.

“The ladies of Say She She deliver a mesmerizing vocal performance, weaving their voices together in an elegant, haunting style that incorporates earworm melodies, lush harmonies, and playful adlibs, climactic hindi riffs,” Michael Major – Broadway World.

Their debut LP is set for release this September out on Karma Chief/ Colemine Records.