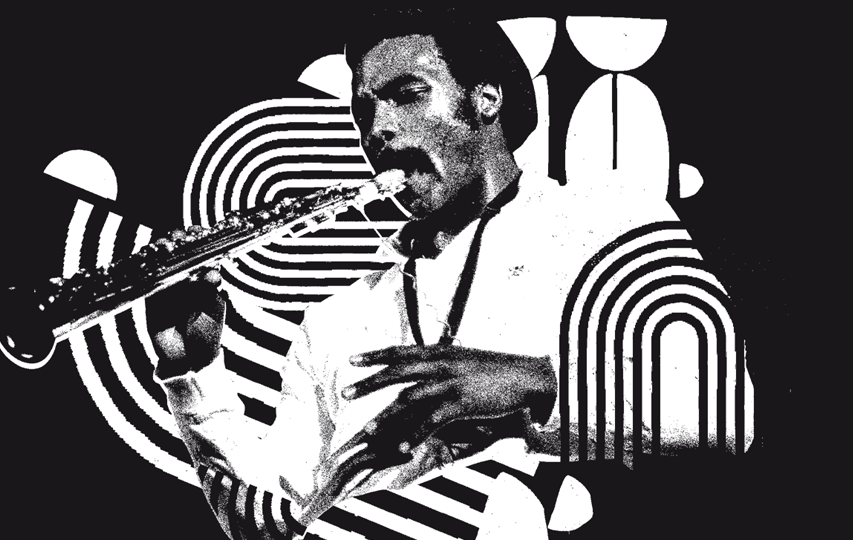 Ronnie Laws, the veteran saxophonist and brother of flutist Hubert Laws, knows what the
people want. For nearly fifty years, he has provided a blueprint for several genres, which
continue to be referenced today. The reflexive energy that secretes from his confident
overlapping of R&amp;B, Funk, Jazz and Disco has inspired numerous sweat it out jams and after
hours ballads, laying early building blocks for Neo-Soul, Acid Jazz, and even Smooth Jazz.
There’s also decades of iconic Hip-Hop tracks driven by Laws samples, with some tracks having
been sampled nearly fifty times. The rare artist whose appeal is unbound by commercial status
or constant reinvention, Ronnie Laws has remained a consistent favorite of fans and musicians
alike.

Put on any one of Laws’ records from his most productive period from the mid-1970s to
mid-80s, and immediately you hear what generations of musicians have continuously returned
to. Keyboard vamps that penetrate from outer space, guitar licks that ooze sweat, sampled
female moans, ecstatic string sections, and a horn that channels pent-up desire and eventual
release like no other. The unabashed sensuality heard throughout Laws’ work never reads as
inauthentic, and has remained an evergreen reference point for countless musicians.

“Tidal Wave”, from Laws’ classic 1975 debut “Pressure Sensitive”, feels like a lost recording laid
down by D’Angelo and Roy Hargrove in the gray area between evening and morning at Electric
Lady Studios. “Let’s Keep It Together”, from 1976’s “Fever”, combines the playful kineticism and
after-dark yearnings of Disco and Soul, and draws a direct line from Laws to Jazzdance, Acid
Jazz, and the likes of current artists meshing Jazz with dancefloor sensibilities, such as Horatio
Luna, Shigeto, and Mark de Clive-Lowe. Throughout his discography, there are even shards of
what would become Smooth Jazz. Tracks such as “Just Love” and “Every Generation” eschew
the drive-time pablum the sound would later become reviled for, and touch upon a delicate
balance of sentimentality and rapturous longing. Laws’ music never shies away from expressing
desire. Instead, his humid soundscapes invite listeners to project their own pleasures.

Like his influence on Neo-Soul and Acid Jazz, Laws’ impact on Hip-Hop cannot be overlooked.
Having been sampled over 200 times, his back catalog has been a constant well of inspiration.
The aforementioned “Tidal Wave” has most notably floated in the background of Black Moon’s
“Who Got Da Props”, but can also be heard on dozens of other tracks, from Swedish cloud
rapper Yung Lean, Footwork producer Traxman, and R&amp;B superstar Usher. MF Doom stirred in
Laws’ horn on “Friends and Strangers” to create the instrumental for “MM…FOOD”s “Deep
Fried Frenz”. The Beastie Boys snipped Roland Bautista’s chicken scratch guitar at the
introduction of “Pressure Sensitive”’s cover of “Tell Me Something Good”, and peppered it
throughout “Shake Your Rump”. This is without mentioning the samples heard on tracks by
Bjork, Drake, The Alchemist, Knxwledge, Moodymann, Mndsgn, Atmosphere and 2pac, that all
interpolate Ronnie Laws productions. It likely won’t be long until another Laws sample pops up.

Laws’ distinct sultry horn has danced and slithered across genres, bringing together Soul, Jazz,
Disco, &amp; Funk together in a way that built a foundation for Neo-Soul, Hip-Hop, and Acid Jazz to
grow into massive global cultural movements. While he may not be regarded as a pop star, his
music has informed some of pop’s biggest shifts, and will continue to radiate brightly as future
listeners discover his lasting relevance.