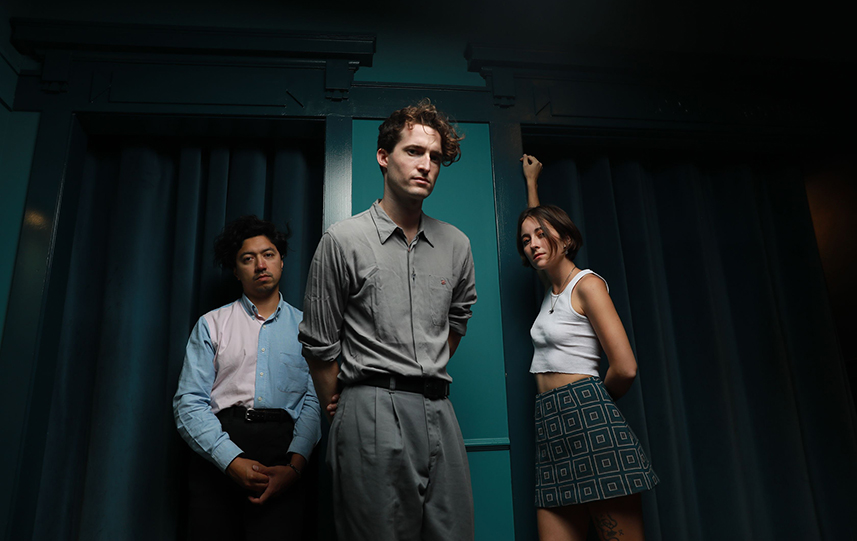 Nation of Language
Brooklyn-based synth auteurs Nation of Language entered 2020 as one of the most heralded new acts of recent memory, having only released a handful of singles but already earning high-praise from the likes of NME, FADER, Stereogum, Pitchfork, etc.. Now in 2021, they continue to turn heads having released one of the most critically acclaimed debut albums of last year ‘ Introduction, Presence’ ) and recent breakout single ‘A Different Kind of Life’. The band’s ability to blend the upbeat with a healthy dose of sardonic melancholy made it a staple on year-end ‘Best of 2020’ lists, led PASTE magazine to dub the album ‘The most exciting synth-pop debut in years’ , and landed the band major radio play from The BBC, KCRW, KEXP, SiriusXM and countless others. Inspired by the early new-wave and punk movements, the band quickly earned a reputation for delivering frenzied nights of unconventional bliss to rapt audiences, and established themselves as bright young stars emerging from a crowded NYC landscape.