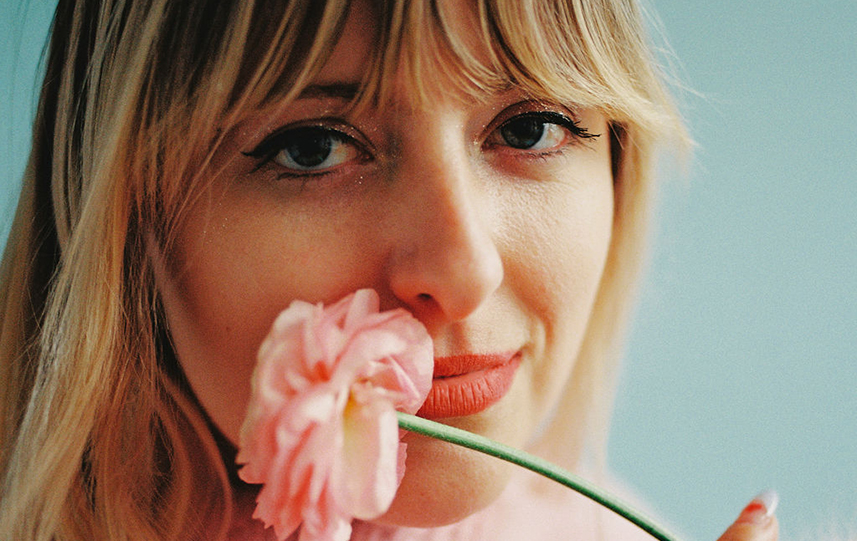 Celebrating the timeless delights of a well-crafted pop song, Molly Burch’s captivating new album, Romantic Images, marks a distinct evolution, both from an emotional and a sonic perspective. Produced by Tennis’ Alaina Moore and Pat Riley, the collection flirts with Blondie, Madonna, and even Mariah Carey as it forges a joyful soundtrack to liberation and self-discovery, one that finds Burch shedding the insecurity of her 20s and embarking on a bold new chapter marked by a radical embrace of her womanhood. Burch wrote the album with her live show in mind and deliberately worked with more female collaborators than ever before on the album, and the results are utterly transcendent, prioritizing ecstasy and escape at every turn and reveling in the passion and the power of the divine feminine.

Born and raised in southern California, Burch grew up infatuated with torch singers like Billie Holiday and Nina Simone, and after studying jazz vocal performance in college, she settled down in Austin, TX, where she recorded her breakout 2017 debut, Please Be Mine, over the course of a single day. The album prompted an avalanche of acclaim and landed on a slew of Best Of lists, with Pitchfork hailing its “smoky vocals” and “shimmering guitar riffs.” A year later, she followed it up with the similarly wellreceived First Flower, which prompted GQ to proclaim that “Burch has the voice of an angel” and spurred NPR’s World Café to add that “she’s got the songwriting chops to back it up.”