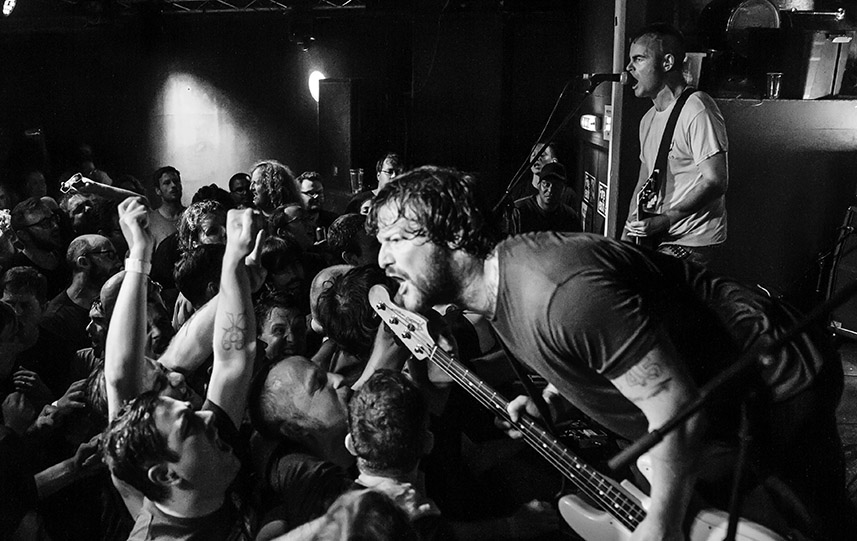 POSTPONED: PLEASE HOLD ONTO YOUR TICKETS WHILE A NEW DATE IS ANNOUNCED

Having formed in the late nineteen-nineties and releasing music, if that is what it was, from 2000-2004, Mclusky disbanded soon afterwards in a slow motion farce of not enough drama to get press off the back of it. Now they are back – well, most of them – fuelled initially by spite but now enjoying it too much not to do it, playing to crowds in the UK and Australia which are much bigger – and more hygienically inclined – than in their so-called heyday. So far nobody has complained, except for one guy in Leeds (and he was clearly on ketamine). They are writing new music, some of which may be released, if they decide it is good enough, whilst currently touting around the 20 year old album ‘Mclusky Do Dallas’ like a valuable chicken. This tour – which in part is to celebrate the anniversary of the release, will constitute their first North American dates in eighteen years.

Iggy Pop, Blondie, Henry Rollins…just a few of the Punk icons who have shown support for Woodstock, NY based band THE BOBBY LEES.

Their new album BELLEVUE was released on October 7th 2022 on Ipecac Recordings (The Melvins, Mr. Bungle, Faith No More) and was produced by multi-grammy winning producer and mixer Vance Powell (Jack White, Chris Stapleton, Beyonce) Their last album SKIN SUIT was produced by underground punk-legend Jon Spencer of the Blues Explosion and was released via Alive Naturalsound Records in 2020. Henry Rollins said “The Bobby Lees Skin Suit album is wild and different. I dug it immediately. Dangerous music is good for you”.