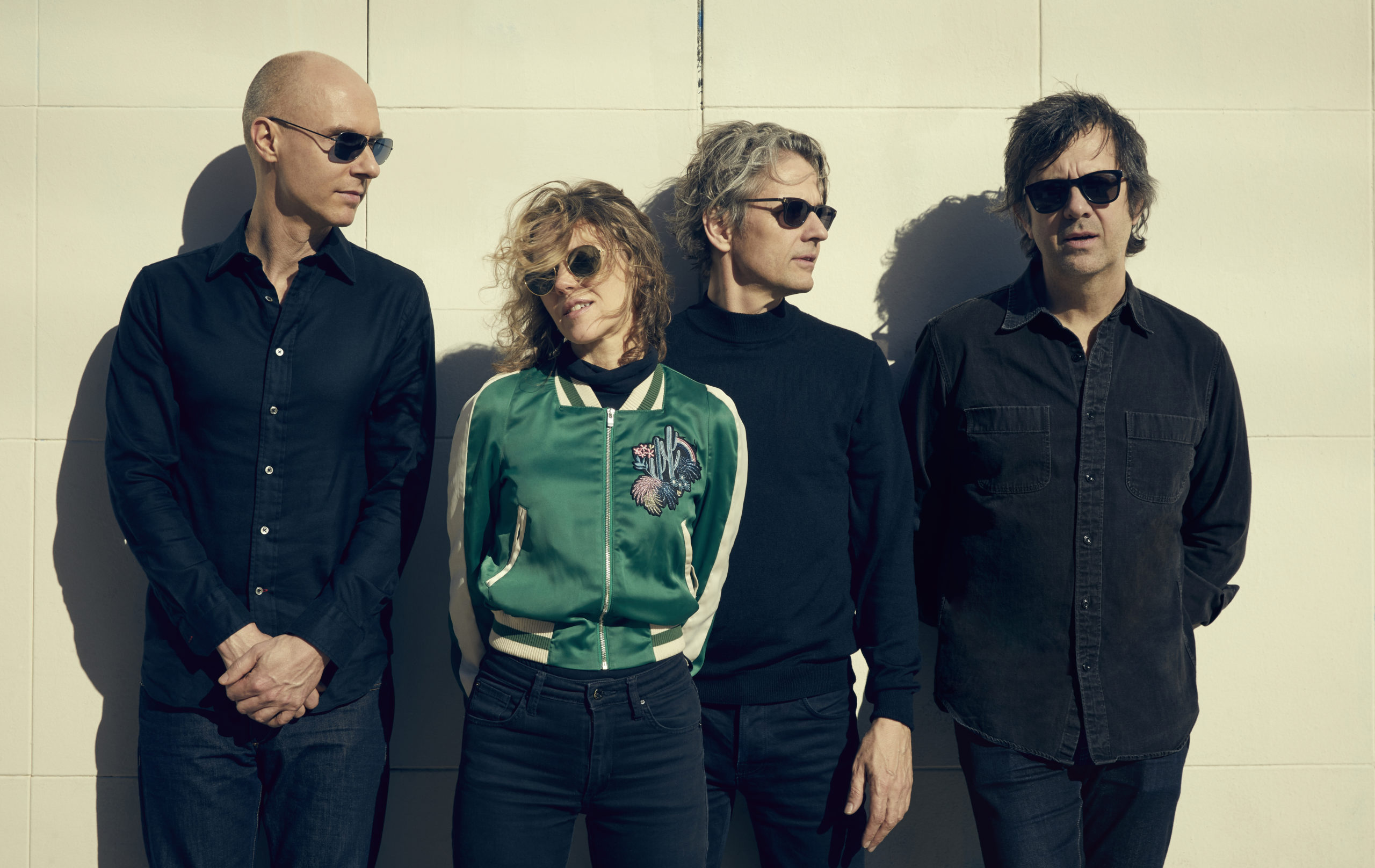 Luna was a New York band formed in 1991 by singer/guitarist Dean Wareham after the breakup of Galaxie 500. The band made seven studio albums before disbanding in 2005. After a ten-year break, they reunited and toured in 2015, and in 2017 released a new LP  —  A Sentimental Education and an EP of instrumentals — A Place of Greater Safety.

Other recent reissues include a deluxe 2xLP version of their classic Penthouse album (on Rhino) and another 2xLP set Lunafied that collects all the covers the band recorded in the 1990s.

Now scattered around the country (Los Angeles, New York and Austin) the band retains the same lineup that operated from 1999 to 2005: Dean Wareham on vocals/guitar, his wife Britta Phillips on bass, Sean Eden on guitar, and Lee Wall on drums.

1995 Luna’s classic third album, Penthouse (1995) is recorded in New York City, featuring guests Tom Verlaine (Television) and Laetitia Sadier (Stereolab). The band signs to Beggar’s Banquet in Europe. Rolling Stone calls it “one of the essential recordings of the ‘90s”

1997 Lee Wall replaces the travel-weary Stanley Demeski on drums, and the band records Pup Tent, their fourth album for Elektra.

1998 Luna recorded their fifth album The Days of Our Nights.

1999 Justin Harwood moves back to his home country (New Zealand), and is replaced on bass by Britta Phillips.

2000 finding themselves between contracts, the band quickly records a live album — Luna Live! for the Arena Rock label.

2005 After a farewell tour, on February 28 the band play their last show at New York’s Bowery Ballroom.

2015 After ten years away, the band announces a commemorative world tour. The lineup is the exact ’99-’05 group: Dean Wareham and Sean Eden on guitar, Lee Wall on drums, and Britta Phillips (now married to Mr Wareham) on bass.

2018 Run-Out-Groove releases the double LP Lunafied — containing all the covers the band recorded during the 1990s.

At their best, it’s hard to believe there is any other kind of music besides this simple, graceful, chiming chug — the Guardian

Dean Wareham has an unlikely quiver of a voice that, for whatever ungodly reason, sounds as if he’s survived something his music alludes to but never gives away — Jerry Stahl