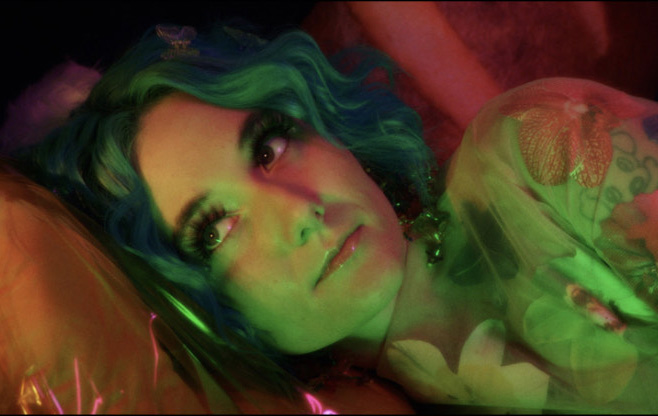 as a show with long-time friends and collaborators, The Avett Brothers. Coinciding with the tour announcement, Mayfield is releasing the first visual off her upcoming record, for her latest single “Can You Feel It?” directed by Haley Wetherington and produced by Lindsey Gardner.

Jessica Lea Mayfield is no stranger to creating on her own terms. Since 2020, Mayfield has been sprinkling new singles out one by one in lieu of the industry-standard full length LP, and is now presenting her first visual – a psychedelic world of her own for 2021’s “Can You Feel It?”

Based on Mayfield and Wetherington’s love of furry friends, “Can You Feel It?” centers on a lonely Mayfield in need of companionship. On a gloomy NYC day, Mayfield finds herself being stalked by a stray cat who makes itself right at home in her depression chamber.

She’s found a friend…or did the “friend” find her?

Here, we’re introduced to the puppet version of toxoplasmosis, or toxo for short, a housepet borne parasite to which over half cat owners of the world have supposedly been exposed. Based on internet theory (i.e. rumor), toxo can make cat owners go insane.

After napping with her newfound friend, Mayfield wakes up in a technicolor world of her own. Lonely no more, Mayfield finds joy dancing through an Alice in Wonderland like scene with her chaos-causing now human-sized feline friend (or foe).

Playing on the contrast between mundane reality vs the boundless imagination of our minds, Wetherington and Mayfield create a world which is euphoric, playful and intriguing but a bit dark and disconcerting.

The finale leaves us wondering if Mayfield will ever wake up from this dark dream, or if she’ll even want to.