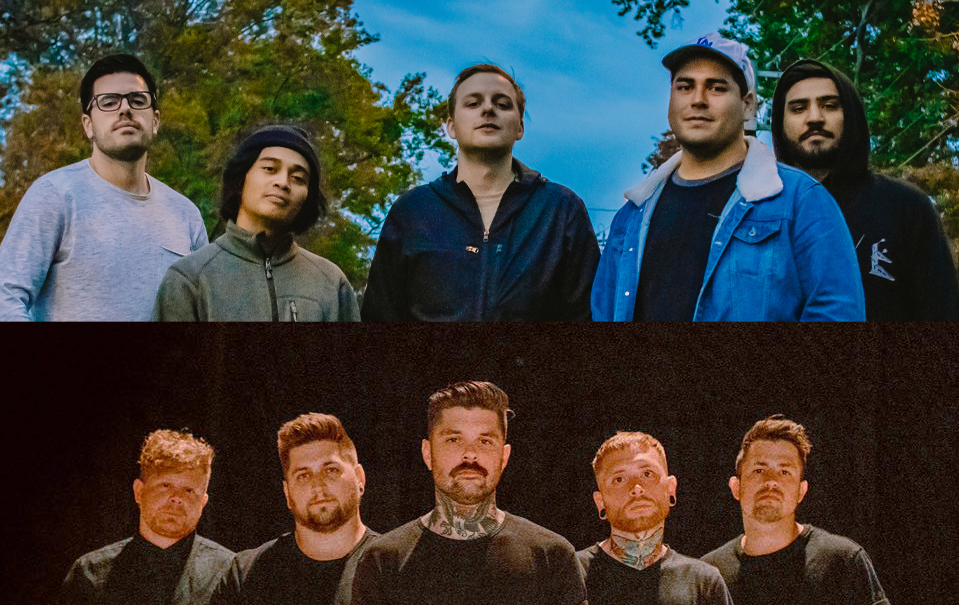 In Her Own Words

In Her Own Words

IN HER OWN WORDS

Let’s get one thing clear here:
In Her Own Words are ready to climb every mountain they have to, as they ascend every music scene that they have clawed to be a part of. The band has written their most magnetic music to date, which is anchored by the lead single “Leaving Forever.” This time out, IHOW has swung for the fences, and connected with a smash that is surely going to connect with all of their extremely loyal fans and strangers alike. There is something that is always familiar about Joey Fleming’s soulful vocal style, like your favorite hoodie, it just warms you up. When you mix the cold winters of upstate NY, with the palm trees and haze of Los Angeles, you get a powerful blend of dream versus reality. That is exactly what IHOW is. Aggressive instrumentation and pop shimmer at the same time. Salty and sweet, with the energy of 5 fire pistons ready to take on the world. WATCH OUT, here they come.

Capstan is a high energy mix of post hardcore, prog rock, metalcore. They blend deeply emotional lyrics and melodic choruses with high energy technical instrumentals and heavy breakdowns. Drawing inspiration from acts across the genre-sphere, they’ve truly created a sound of their own. Capstan has relentlessly toured across the US, Canada, and Europe over the last few years, supporting acts like Silverstein, Bayside, Trash Boat, Set It Off, and taking part in the last Vans Warped Tour in 2018. They released their debut full length record, “Restless Heart, Keep Running”, through Fearless Records in September 2019

Cherie Amour are both an established act and a new band. Its members – vocalist Trey Miller, guitarists Casey Reid and Brendan Willis and drummer Ronnie Sherman – had been playing together as One Life To Lead, but felt that name didn’t suit their evolving musical style. As a result, they renamed themselves Cherie Amour, and it’s with this moniker that the self-styled nu-punk outfit have truly found their true selves. The four-piece have done so by mixing together a killer blend of genres that, on paper, make for odd bedfellows, but which, in the band’s capable hands, sound like they’re meant to be together.

“It was amongst our goals to not try to prescribe to a certain genre,” says Allen. “We wanted it to be all-encompassing so that you can get out of it what you want and need, and we felt that nu-punk was the best way to describe that simply.”

“It gives us absolute freedom,” adds Miller simply. “We just don’t have any rules, and so sometimes strange stuff happens. But it works!”

You only need to listen to new single “Sin City” once to hear that that’s true. The follow-up to their 2021 debut EP Internal Discussions, it was, like that release, recorded with Four Year Strong’s Alan Day, and cements the promise of those songs emphatically.“With the EP,” explains Sherman, “we blindly trusted Alan, and it worked out. With this song, we were in the same room and so we were like ‘What can we get away with?!’ This picks up where Internal Discussion left off but we also didn’t want to do what everybody expected us to do.”

The result is a catchy, hook-laden, emotion-laced song that mixes a pop-punk foundation with heavy breakdowns, but also contains unapologetic undercurrents of mainstream hip-hop- inspired pop. Add a self-aware existential edge to the equation and you have a song that runs the gamut of emotions while also confidently breaking down the barriers of genre. Not least because of the influence that Day had on the song.

“The first verse, in my mind, was what I had written as a hook,” explains Miller. “So I was laying down the vocals and thinking this hook was one of the best things we’ve done. And I’m really hyped, and then Alan plays it back and just says ‘You put the hook in the wrong part. That’s the verse now. Now go write a better hook!’”
“He literally moved the hook to a different part of the song,” laughs Sherman.  That jarred the band at first, but in the end, the result is undeniable. “Sin City” is an unforgettable anthem that shows exactly how limitless the talents and ambitions of Cherie Amour truly are.

Boston-based band shallow pools has been steadily gaining momentum since first emerging on the music scene in 2018. After releasing their sophomore EP “headspace” in mid-2021, the band’s sonic shift solidified an authentic and exciting new direction. With artful instrumentation and vibrant hooks, shallow pools dove headfirst into the shimmer-pop world, and they haven’t looked back since. Following the release of “headspace,” shallow pools was nominated for three Boston Music Awards, and they were also featured in a spotlight by re—inc, a clothing brand owned by USWNT players Megan Rapinoe, Christen Press, and Tobin Heath, and Meghan Klingenberg. The band is currently gearing up for an East Coast tour supporting Fearless Record’s Set It Off in April, as well as the release of two new singles this spring. Composed of Ali Ajemian (drums), Glynnis Brennan (vocals), Jess Gromada (guitar), and Haley Senft (bass), the quartet creates their own emotive blend of pop music, pulling inspiration from artists like CHVRCHES, The Naked and Famous, and Eric Nam. As members of the LGBTQIA+ community, shallow pools brings their collective personal experiences to the forefront of their music, creating queer anthems perfect for the next coming-of-age movie. With high ambitions and new music on the horizon, shallow pools is ready to tour the world and continue making waves within the shimmer-pop genre.