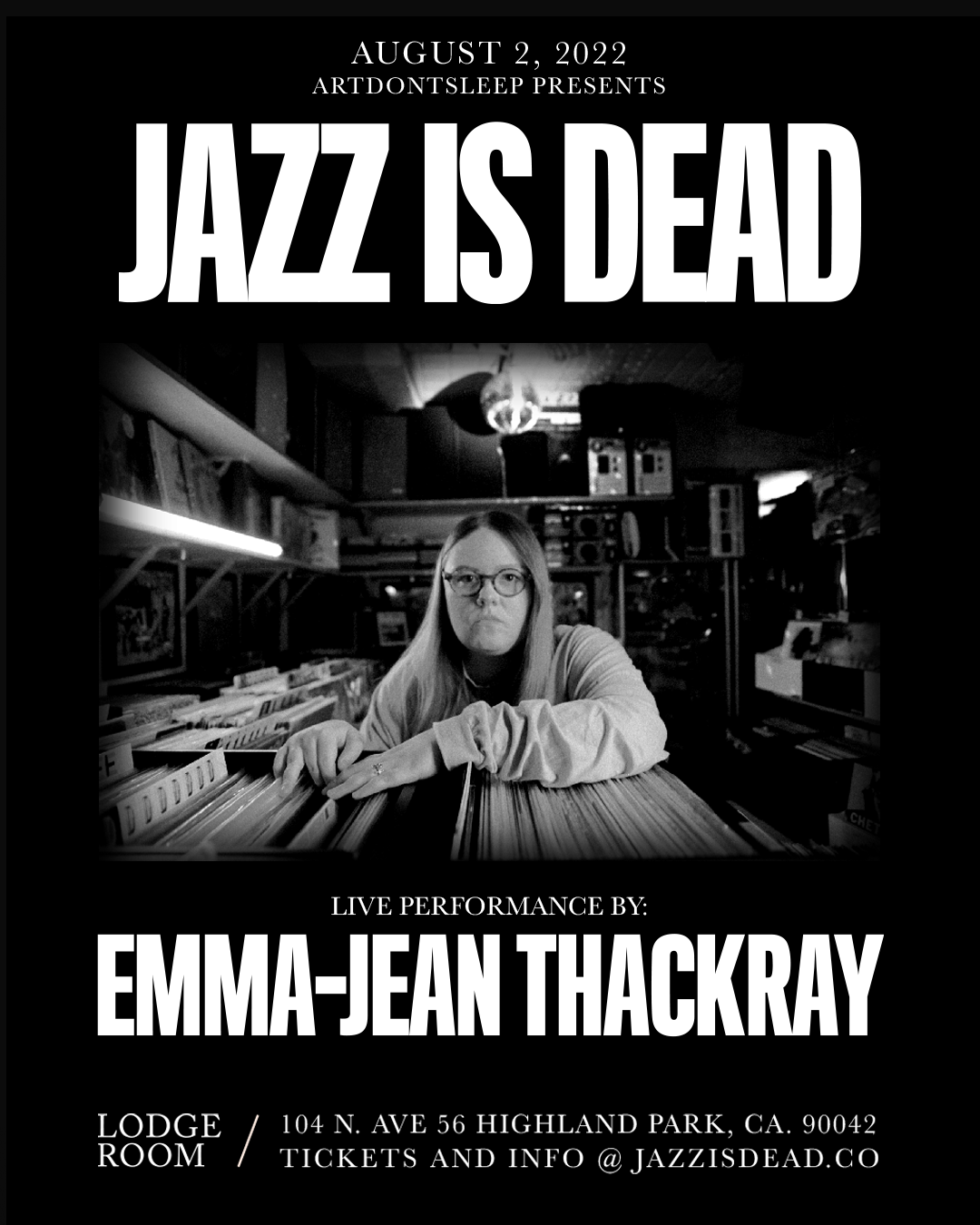 It’s no secret that some of the most exciting and inventive Jazz of recent years has been coming out of the United Kingdom. Among the luminaries of this scene is London-based multi-instrumentalist, DJ and producer Emma-Jean Thackray, who joins us for a night of transatlantic vibrations.

Born in Yorkshire and hailing from Leeds, Thackray began playing the cornet and later trumpet when she was a teenager. She would go on to study music in college, where she became further enamored with Jazz, especially contemporary torch bearers such as Madlib. Her debut album Yellow received unanimous praise from jazz fans and mainstream outlets, with the Guardian calling it “a sunburst of stoner jazz and Roy Ayers soul”. Like her peers in the London scene, Thackray’s sonic reference sheet is diverse – strains of Jazz-Funk, New Age, Dub, and Dance all flicker throughout her catalog.

On the self-titled EP of Thackray’s group Walrus, one can hear the influence of Ronnie Foster and Geri Allen, but also of contemporaries such as Makaya McCraven, whom Thackray previously collaborated with. Thackray oscillates between reanimating rhythm and steady contemplation with a delicate ease, it should come as no surprise that the refrain on the “Movementt” from 2020’s Rain Dance EP calmly commands you to “move you mind, move your body, move your soul.”

Thackray has been nothing if not prolific- she has founded the Movementt record label, a jazz-adjacent imprint under Warp records, has become a mainstay selector on Gilles Peterson’s Worldwide.FM, and has performed with some of the biggest names in the London Jazz scene, such as the Ezra Collective and Nubya Garcia. That is all without mentioning that she has also served as artist-in-residence at the London Symphony Orchestra. In a short span of time, Thackray has become a name for global heads to pay attention to, and someone who the Red Bull Music Academy referred to as “one of the UK’s most exciting new jazz artists.” Join Jazz is Dead in welcoming her for what is sure to be an unforgettable night.