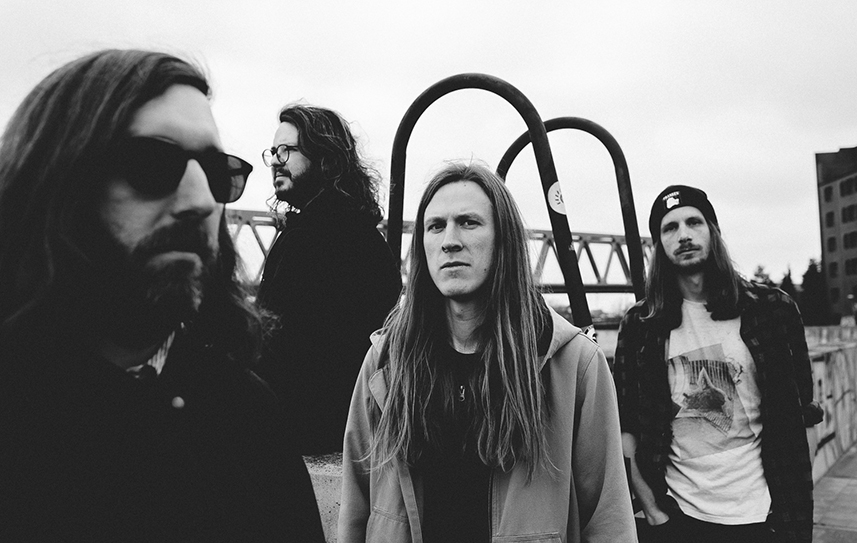 Innate Passage is the sixth Elder full-length. It finds the mostly-Berlin-based band in the post-pandemic era as veterans at the forefront of a league of progressive and heavy groups working in large part under their influence; a stately presence as reliably forward-thinking as they are unpredictable in sound. They are among the most important acts of their mostly-still-emerging generation. Genuine leaders in style and expressive intention. Innate Passage is further proof why.

In Spring 2020, Elder released their fifth album, Omens, and with it established a claim on their most prog-leaning interpretation of sprawling heavy rock and roll. Two years later, Innate Passage builds on many similar concepts, but outdoes its predecessor on every level of performance, weight of its impact, interplay between founder Nick DiSalvo and Mike Risberg’s guitars and keys, the now-settled-in drumming of Georg Edert – who made his debut on Omens – and bassist Jack Donovan’s tonal warmth underscoring the shimmer of DiSalvo’s leads.

Says DiSalvo: “This record channels the surreal world we live in from a fantastical point of view, not super-literally, and how we as humans processed that; everyone on their own passage through time and space and whatever version of reality they chose for themselves. The phrase ‘Innate Passage’ appeared to me when writing the record. Passage and transition are necessary in the human condition and this process is intrinsic to us. All the growth and introspection we underwent in the past few years totally made this apparent to me more so than any other experiences in life so far.”

“Catastasis” begins Innate Passage with a pointedly bright perspective and the most complex vocal harmonies that Elder have ever produced. Alongside DiSalvo, Innate Passage features a guest singer for the first time in Behrang Alavi (Samavayo), who adds his voice to what’s already a career performance for DiSalvo as a singer; his voice is more confident, has more presence, and more reach than ever before. That is but one way in which Innate Passage steps boldly deeper into this new era for Elder.

Whether it’s a shredding lead in the culmination of “Endless Return” or the willfully patient, almost meandering, build into the crescendo and fade of “Merged in Dreams/Ne Plus Ultra,” Elder are poised as never before as they execute this material. In centerpiece “Coalescence,” they offer Opeth-worthy rhythmic intricacy and piano drama offset by crunching heavy guitar and twisting leads, and in “The Purpose,” they craft a wash of melody that is engrossing without sacrificing any clarity of the individual instruments that make it.

As the album ends with soft guitar in an answer to the intro of “Catastasis,” the sense of wholeness that comes through is one more aspect arguing for Elder as singularly crucial. Innate Passage is a culmination of everything they’ve done before, and that’s reason to celebrate, but more, it is that after more than 15 years, they’re still pushing forward to places where neither they nor anyone they’ve influenced have yet gone. – JJ Koczan, Sept. 2022.