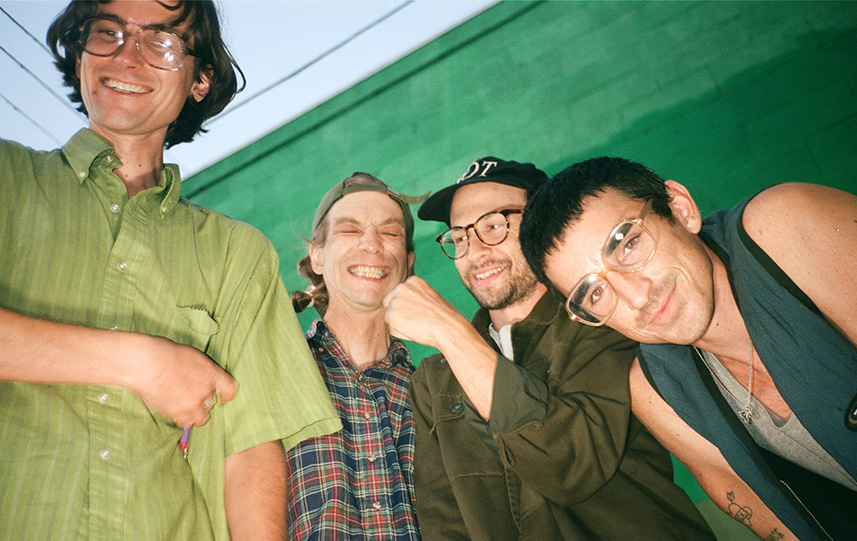 All purchasers will receive exclusive access to ‘Auto Sessions’ – a special video content piece from the band. You will receive an email with instructions to access the Friday after you purchase.

Due to the Covid-19 pandemic we ask that all ticket buyers show proof of vaccination in order to be admitted.

DIIV is the nom-de-plume of Z. Cole Smith, musical provocateur and front-man of an atmospheric and autumnally-charged new Brooklyn four-piece.

Recently inked to the uber-reliable Captured Tracks imprint, DIIV created instant vibrations in the blog-world with their impressionistic debut Sometime; finding it’s way onto the esteemed pages of Pitchfork and Altered Zones a mere matter of weeks after the group’s formation.

One part THC and two parts MDMA; the first offering from DIIV chemically fuses the reminiscent with the half-remembered building a musical world out of old-air and new breeze.  These are songs that remind us of love in all it’s earthly perfections and perversions.

A lot of DIIV’s magnetism was birthed in the process Mr. Smith went through to discover these initial compositions.  After returning from a US tour with Beach Fossils, Cole made a bold creative choice, settling into the window-facing corner of a painter’s studio in Bushwick, sans running water, holing up to craft his music.

In this AC-less wooden room, throughout the thick of the summer, Cole surrounded himself with cassettes and LP’s, the likes of Lucinda Williams, Arthur Russell, Faust, Nirvana, and Jandek; writings of N. Scott Momaday, James Welsh, Hart Crane, Marianne Moore, and James Baldwin; and dreams of aliens, affection, spirits, and the distant natural world (as he imagined it from his window facing the Morgan L train).

The resulting music is as cavernous as it is enveloping, asking you to get lost in it’s tangles in an era that demands your attention be focused into 140 characters.