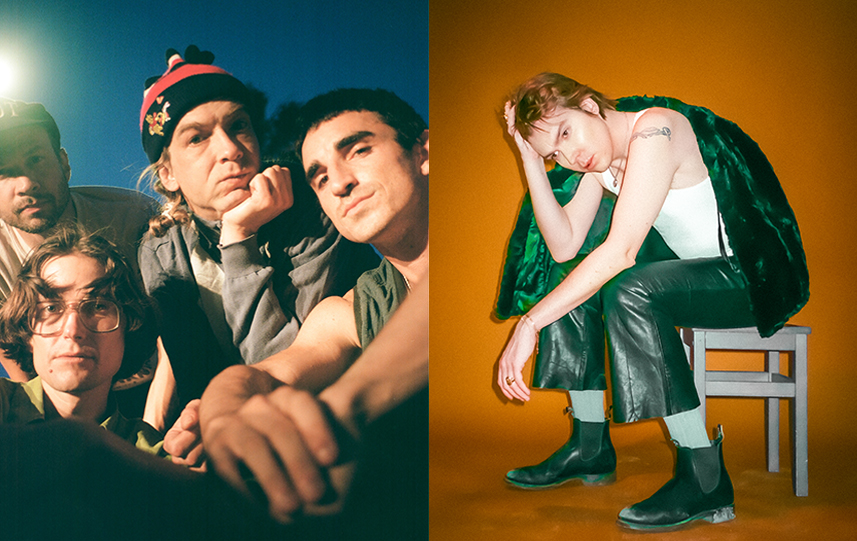 Over the last decade, DIIV have established themselves as one of rock music’s most fascinating bands, exploring new textures while pushing their songcraft forward in a way that continues to draw in larger audiences worldwide. They combine beauty and noise to the point of approaching a lush oblivion—a searing sound building on elements from dream-pop luminaries like My Bloody Valentine, Slowdive, and Smashing Pumpkins. It’s becoming increasingly hard to establish a distinctive approach within popular music in general, and yet throughout their discography, DIIV’s sound and emotional tenor are unmistakably theirs.

Emerging from the fertile early-2010s Brooklyn DIY music scene, DIIV quickly proved themselves as one of the city’s most prominent live acts and have since widened their aesthetic with every successive release. Over the course of three albums, they have incorporated the driving gait of British guitar pop, the minimalist structures and Motorik rhythms of German psychedelia, metal’s lush fury, and the sonic immersion of shoegaze into their inviting world of sound.

Possessing a bracing and immersive live presence, DIIV are firmly situated within a deep legacy of boundary-pushing rock bands as they continue charting their own path. Their influence can be felt across a new generation of artists pursuing their own punishing bliss, and has left its mark on shoegaze and guitar-driven music as DIIV themselves continue to cement their legacy as one of North America’s most formidable rock acts

The shimmering star of Alex Cameron continues to shine bright from the gutters of show business four albums into his prolific career as an entertainer. And yet, people still have questions. Is he really 6 ft 4 inches tall? Why do none of his suits fit him properly? If he really is Australian, then why does he speak in a strange sort of European world news accent?

And while the answers to these questions may or may not be of any interest to anybody – there they remain – shot into the sky like flares as red hot as the notes from his business partner and horn player Roy Molloy’s alto saxophone.

Maybe Alex is the one looking for the answers.  Maybe he’s the one who asked the questions. One thing is for sure, the person writing these words is not the man himself. And I can assure you, I was compensated fairly for the work. Don’t believe me? Just ask his band – the sultry six piece (Cameron and Molloy included) of exceptionally multi talented musicians with whom the business associates tour. Juice, Henners, Kramer and Parsons. A dynamic force equal parts hip thrusting rhythm and tongue tantalising tunes. Fresh off the world’s biggest stages – Roskilde, Primavera, Laneway. This act has seen it all. Now it’s your turn to see them. Catch Alex Cameron, Roy Molloy, and their band of perpetual freshness in your town soon. They sell out shows. Don’t find out the hard way.

Born and raised in the heart of the Lonestar State, Cowgirl Clue is an artist and producer best known for her eclectic electronic pop music and esoterically-trendsetting visuals. Taking influence from her experience as an underground DJ; mixing Drum and Bass, jungle, footwork, pop, and techno as early as age seventeen, she started to develop her diverse sound in 2015. Cowgirl Clue’s earliest release, “Cherry Jubilee” showcases her creative soar of drum and bass meets sugary vocals. Cowgirl Clue’s live performances leave the audience spellbound to the charm of Cowgirl Clue, as she flips the room with edgy bass lines and a fairy-like, catapulting performance. Cowgirl Clue is a longtime asset and contributor to California based collective, Vada Vada. She ignites her ability to innovate rave/pop genres and articulate suburban-fantasy-nostalgia in a present fashion.

Her recent release, “Teacup”, a one-minute-and-thirty-eight second, breakbeat pop track, lassos her connection between satire and optimism, illustrated with a bold music video that coins her true artistic nature. In 2019, she broke out with her debut album, ‘Icebreaker’, which best captivated the spirit and birth of Cowgirl Clue. Written and produced by Clue, herself, ‘Icebreaker’ soon became an anthem to the Y2K revival generation, as her bubbly sound captured a niche, stylish audience. Cowgirl Clue has shared the stage with acts such as Dorian Electra, Kero Kero Bonito, The Garden, and Crystal Castles and more.

‘You’ve got to create your own world and live highly in that first’, he says. ‘Making it inevitable for other worlds to be touched by what’s vibrating through you. In my world I’m already a massively iconic artist.’

The Runts are a hardcore punk band from North East Los Angeles.