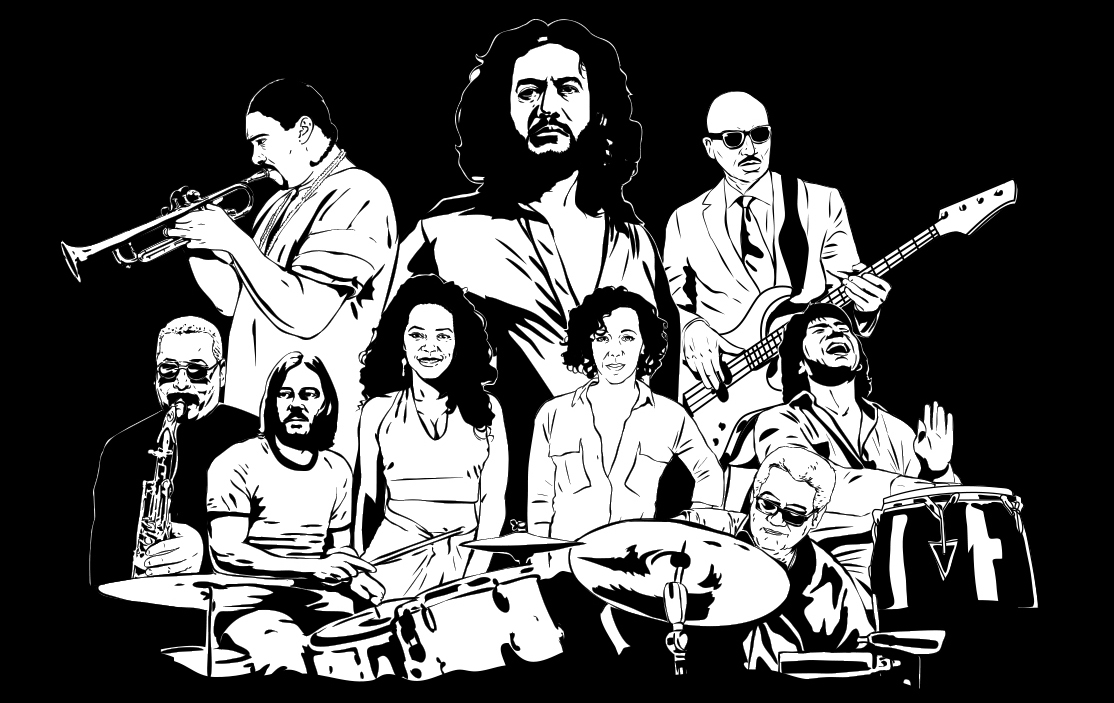 A Tribute Concert for The Great AIRTO MOREIRA

A Tribute Concert for The Great AIRTO MOREIRA

100% of ticket sales will go to a fund managed by Airto’s daughter and son in-law, Diana Purim and Krishna Booker. Monies raised will go toward Airto’s recovery for home nurse visits, physical therapy, treatments for loss of hearing and vision.

Airto Moreira was born in 1941 in the small village of Itaiopolis – south Brazil, and was raised in Curitiba. Even before he could walk he would start shaking and banging on the floor each time the radio played a hot song. This worried his mother, but his grandmother recognized his potential and encouraged him to express himself. By the time he was six years old he had won several music contests singing and playing percussion. The city gave him his own radio program every Saturday afternoon. At thirteen he played his first paid engagement and became a professional musician. After that he worked in local bands playing percussion, drums and singing. At the age of sixteen he moved to São Paulo and soon was performing regularly in night clubs, shows and television, as well as touring with prominent artists.

In 1965 Airto Moreira met singer, Flora Purim in Rio de Janeiro. Flora moved to the USA in 1967 and Airto followed her shortly after. When in New York, Airto began playing with jazz musicians. It was bassist, Walter Booker that introduced Airto to the greats – Cannonball Adderley, Freddie Hubbard, Ron Carter, Lee Morgan, Paul Desmond and Joe Zawinul, to name a few. Zawinul recommended Airto to Miles Davis for the “Bitches Brew” recording session in 1970… the iconic album that changed the face of jazz. Davis then invited Airto to join his group, which included such jazz icons as Wayne Shorter, Dave Holland, Jack DeJohnette, Chick Corea and later John McLaughlin and Keith Jarrett. He remained with Miles for two years and appears on such releases as “Live/Evil”, “Live at the Fillmore”, “On the Corner”, “The Isle of Wight” and later releases including the “Fillmore Sessions”.

Following his stint with Miles, Airto was invited to form the original Weather Report, a group with Wayne Shorter, Joe Zawinul, Miroslav Vitous and Alphonse Mouzon with whom he recorded “The Weather Report”. Soon after, he joined Chick Corea’s original “Return to Forever” band with Flora Purim, Joe Farrell and Stanley Clarke and they recorded the albums, “Return to Forever” and “Light as a Feather”, touring extensively around the world.

His work with Quincy Jones, Herbie Hancock, George Duke, Paul Simon, Carlos Santana, Gil Evans, Gato Barbieri, Michael Brecker, Dexter Gordon, The Crusaders, Chicago, and many others including contributions to movie sound tracks such as The Exorcist, Last Tango in Paris, King of the Gypsies and Apocalypse Now, represents only a small number of the musical contributions Airto has made over the last four decades.

His impact was so powerful that the leading jazz magazine “Down Beat” added the category of percussion to its reader’s and critic’s polls, which he has won over twenty times since 1973. In the past few years he was voted number one percussionist by Jazz Times, Modern Drummer, Drum Magazine, Jazziz Magazine, Jazz Central Station’s Global Jazz Poll on the Internet, as well as in many European, Latin American and Asian publications.