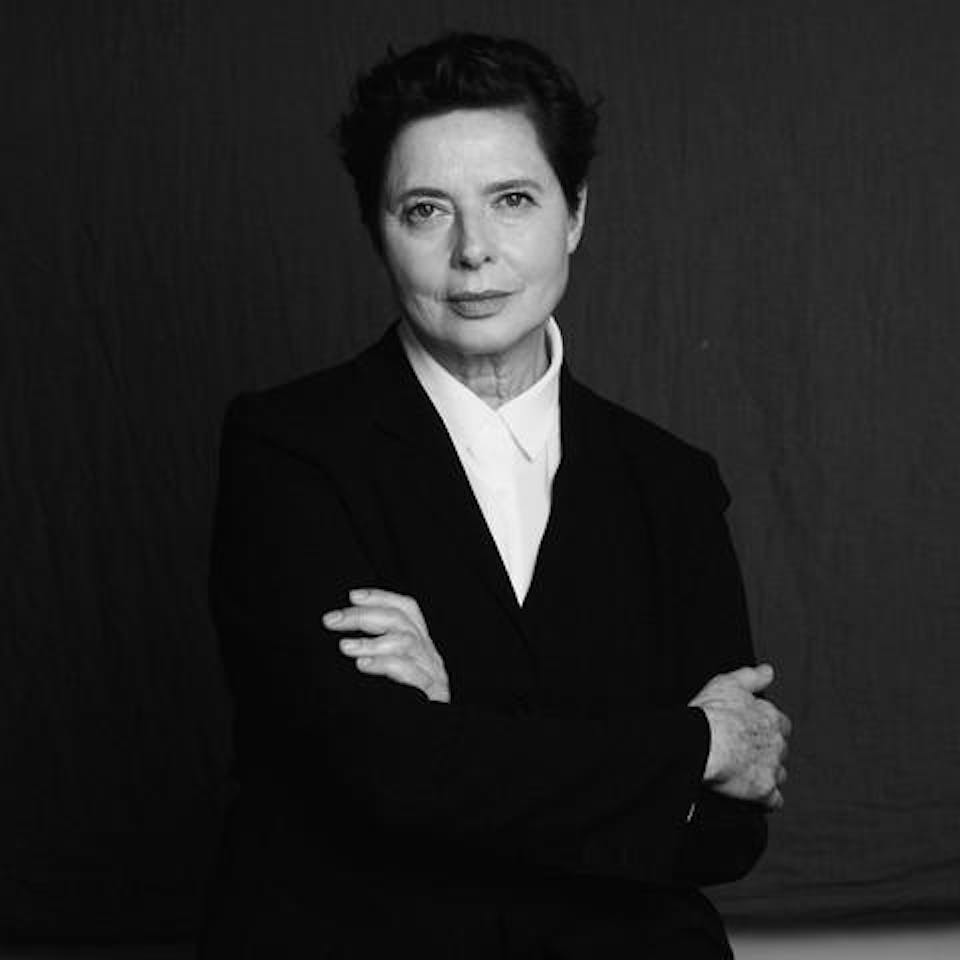 Link Link Circus, a new “theatricalized lecture” by the legendary Isabella Rossellini, is a comedic and scientifically informed look at the links between humans and animals, via Darwin’s theory of evolution. The show is illustrated with Rossellini’s short comic films, home movies, and animation. Rossellini transforms herself into Aristotle, Descartes, a medieval theologian, and other helpful thinkers of the past, while her dog Pan plays various animals, assisted by puppeteer and animal handler Schuyler Beeman

Isabella Rossellini grew up in Paris and Rome. She made her cinematic debut as an actress in 1979 in the Taviani brothers’ film Il Prato (The Meadow) and has appeared in numerous other films, including the American features Blue Velvet, White Nights, Rodger Dodger, Cousins, Death Becomes Her, Fearless, Big Night, and Joy. She has worked with wide-ranging directors including Robert Zemeckis, David O. Russell, David Lynch, Robert Wilson, Taylor Hackford, Marjane Satrapi, and Guy Maddin.

She is also a successful television actress and filmmaker, with a keen interest in animals and wildlife conservation. Her award-winning series of shorts, Green Porno, Seduce Me, and Mammas offer comical and scientifically insightful studies of animal behavior. She will next be seen in Silent Live, Vita and Virginia and The Incredibles. Rossellini is completing a Master’s degree in Animal Behavior and Conservation at Hunter College in New York City and has received a PhD Honoris Causa from the Science Faculty at UQAM (University of Quebec at Montreal). Rossellini’s most recent work for television includes Master of Photography, for European broadcaster SKY, and the American series Shut Eye, for Hulu, released in December 2016. Her new book My Chickens and I will be released by Abrams Books on March 13. Rossellini runs an organic farm in Brookhaven in association with the Peconic Land Trust and the Post Morrow Foundation. She is a mother of two and resides in Bellport, Long Island.