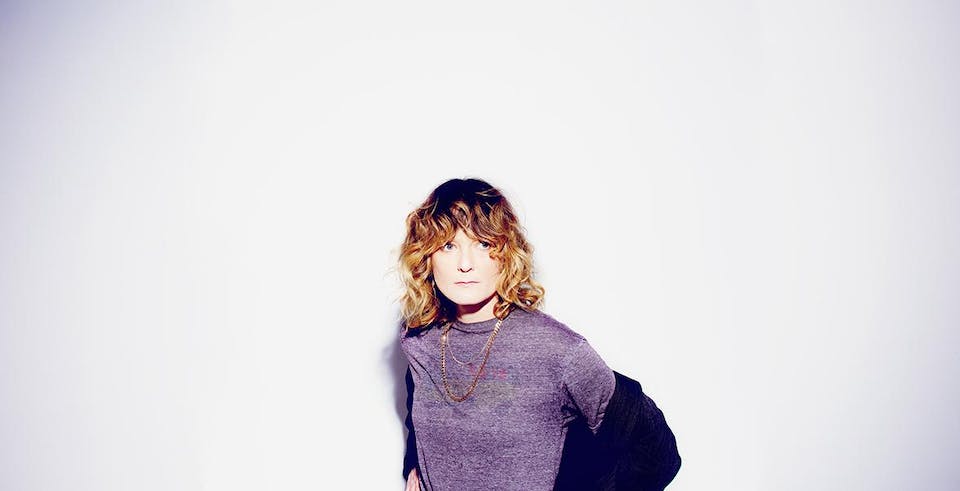 It has been three years since the release of Land of Talk’s last offering Life After Youth (2017). The band led by Elizabeth Powell is back today with brand new single "Weight of That Weekend” a first glimpse at the upcoming album Indistinct Conversations, to be released on May 15th, 2020 via Dine Alone Records (CAN) and Saddle Creek (ROW).

"Weight of That Weekend" is a recognition of having been on the receiving end of a lifetime of sexual coercion, assault, boundary violations, and subsequent gaslighting. It all just came to light after an especially heavy weekend a few summers back. I was so sick of carrying all this weight that wasn't mine to bear. So sick of being owned by all of this shit. Imposed on me mostly by men. I grew so sick of suffering and being slowed-down by this weight. The song is a prayer for a lightness of being. A prayer for capital "L" Love. – says Elizabeth Powell about the song.

Rocked by the steady strumming of Powell’s acoustic guitar, “Weight of That Weekend” is a song that isn’t afraid to take its time, to mark a pause and then take off again into a beautiful dazzled instrumental ascension. The lyrics call for lightness, and being able to let go of the pressure and the weight of unwanted oppression and stigma. With a discreet gasp that brushes the tremolo of her voice, Powell delivers the lyrics with the presence and the strength of character that lies in the essence of the song, the essence at the heart of Land of Talk.

To mark the release of Indistinct Conversations, Land of Talk will take the music to the stage, with a couple of tour dates starting with a Montreal album launch at Le Ministère on May 16, 2020.

Formed in Montreal under the leading hand of Elizabeth Powell, Land of Talk was discovered around the turn of the 2010’s with the debut album Some Are Lakes (2008). Even with many lineup changes over the years, the band always maintained the quality of a well assumed indie pop, a sound especially marked on the sophomore album Cloak and Cipher (2010). After a several years hiatus, a necessary step for Powell to rediscover her artistic self, the singer-songwriter whose heart balance between Montreal and her Ontario hometown, made a timid return to music, playing shows, and then reinforced with the album Life After Youth (2017). With a ferocious energy balanced between vulnerability and resilience, Land of Talk will be back with brand new album Indistinct Conversations, out on May 15th, 2020, produced alongside friends and collaborators Mark “Bucky” Wheaton (drums and keyboards) and Christopher McCarron (bass).