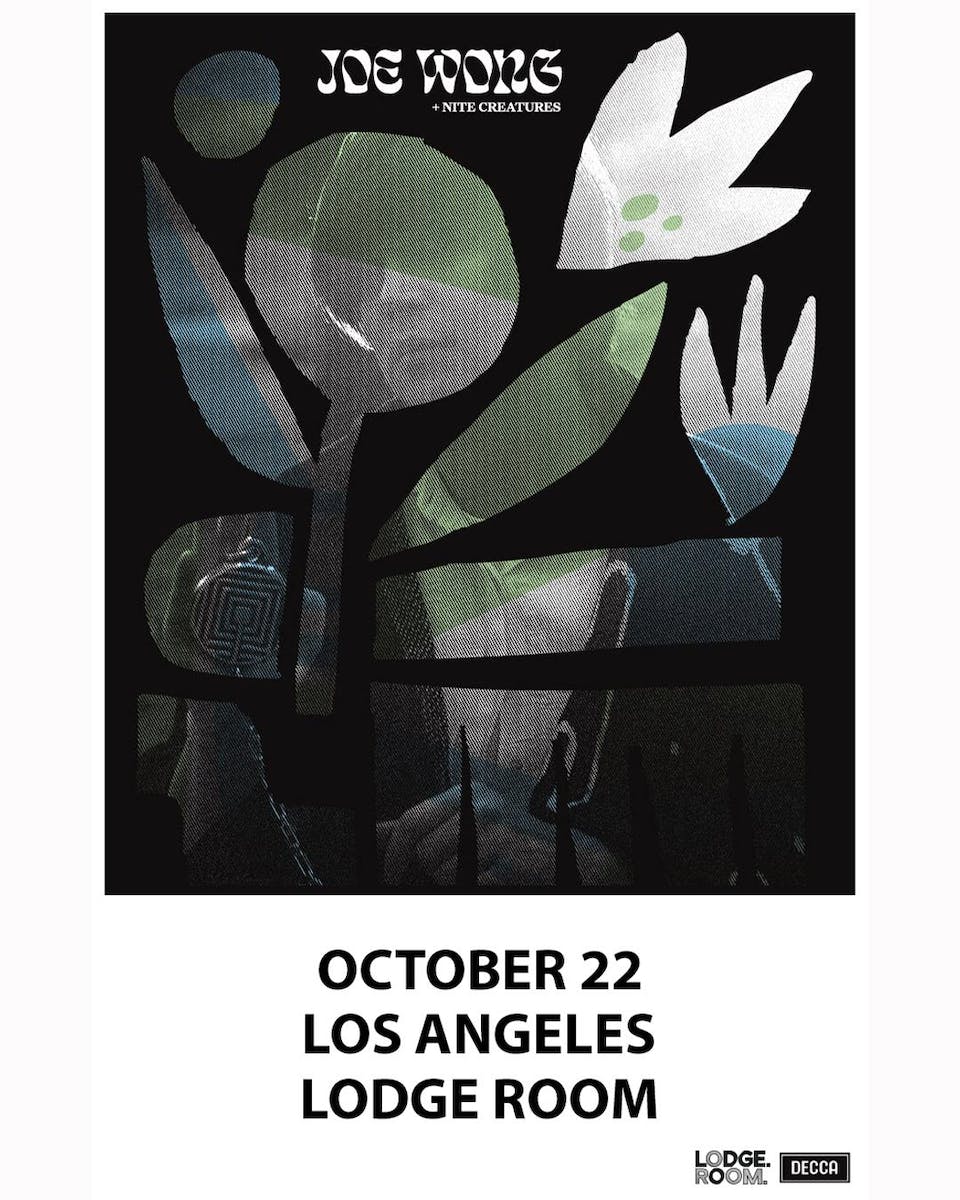 Nite Creatures is the debut album from polyrhythmic polymath Joe Wong, the composer behind Netflix sensations Russian Doll, The Midnight Gospel, and Master of None. The lush, deeply personal album marks the first time the Milwaukee-born, Los Angeles-based musician's total and unfiltered creative vision has been on display, a bold exploration of life and loss abetted by a 24-piece orchestra.

Nite Creatures – a collection of 10 baroque, ruminative, gently psychedelic songs – lives in the pops and crackles between the Summer of Love and start of the Seventies – the acid-tinged era of Scott Walker, Love, the Zombies and Fairport Convention. Though technically his first LP, Wong's melodies, beats and insight have already conquered multiple platforms. While launching his fruitful career as one of the go-to composers of the streaming TV era, he was the drummer anchoring the Mary Timony Band, Marnie Stern, and Brooklyn noise-punks Parts & Labor. As an esteemed podcaster, he created the world's most popular drumming podcast, The Trap Set. Wong is quick to note that his career as a film composer, accompanist and interviewer prepared him for his solo bid.

"I would say that watching Natasha [Lyonne] make Russian Doll helped me while I was doing this," says Wong, who recorded Nite Creatures in between creating music for the critically adored Netflix series. "She'd been an actor in a bunch of shows before and hadn't really made her own statement yet. I was observing her go through all the same things that I was going through. ... And by working through my neuroses with my drum heroes [on the Trap Set], it made me realize that's what you're supposed to do. You're supposed to just keep pushing forward. Go into the deep end."

Nite Creatures was produced by indie-rock lifer Mary Timony (Helium, Autoclave, Ex Hex, Wild Flag) and recorded at the secluded Gatos Trail Recording Studio in Joshua Tree, California. Most of the songs feature a core ensemble: Wong on vocals, drums, bass, guitar and keyboards; Timony on lead guitar and backing vocals; and harpist Mary Lattimore, who recently garnered an avalanche of critical acclaim for the spectral minimalism of her 2018 solo album, Hundreds of Days. The album was mixed by famed, depth-scouring Flaming Lips producer Dave Fridmann.

Guests on Joe Wong 1 include War on Drugs multi-instrumentalist Jon Natchez, who plays flute on three tracks; Craig Wedren (Shudder to Think) and Anna Waronker (That Dog), who provide some backing vocals assistance. Flaming Lips multi-instrumentalist Steven Drozd supplies guitar and a second drum track on the shimmering, cosmic psych-rock headphone headtrip "In the Morning." In addition, Wong tracked a 16-member string section, featuring members of the L.A. Philharmonic and the London Symphony Orchestra, at Hollywood's Jim Henson Studios, in the famed Studio A – the same room Quincy Jones recorded "We Are the World." The album's luxurious melodies accompany Wong's deeply personal lyrics, written in the years between his father suffering a stroke in 2010 and his death in 2019. "It's basically about losing someone slowly," says Wong. "It has a lot to do with losing elements of his personality, piece by piece. The album's about loss, but it's about coming to terms with it and not being afraid of it. The final loss was a relief and lots of it is kind of like my way of telling him it's OK to go."

The result is an album that – in the cinematic detail of one of Wong's film scores – explores the intersection of melancholy and joyful surrender. Joe Wong 1 is the next step Wong's career, which is highlighted by more than 15 years composing for film and TV. His long, varied, genre-hopping résumé includes Netflix smashes (Natasha Lyonne's Russian Doll, Aziz Ansari's Master of None), a beloved YA rom-com (To All the Boys I've Loved Before), quirky Adult Swim late-night shows (Superjail!, Ballmastrz: 9009), foodie reality shows (David Chang's Ugly Delicious) and a Sundance Jury Prize-winning drama (The Pool).

As a nuanced, powerful drummer, Wong backed up the touring ensembles for both Mary Timony and Marnie Stern. In 2007, he joined Parts & Labor, playing on 2008's Recievers and 2011's Constant Future, both released on Jagjaguwar.