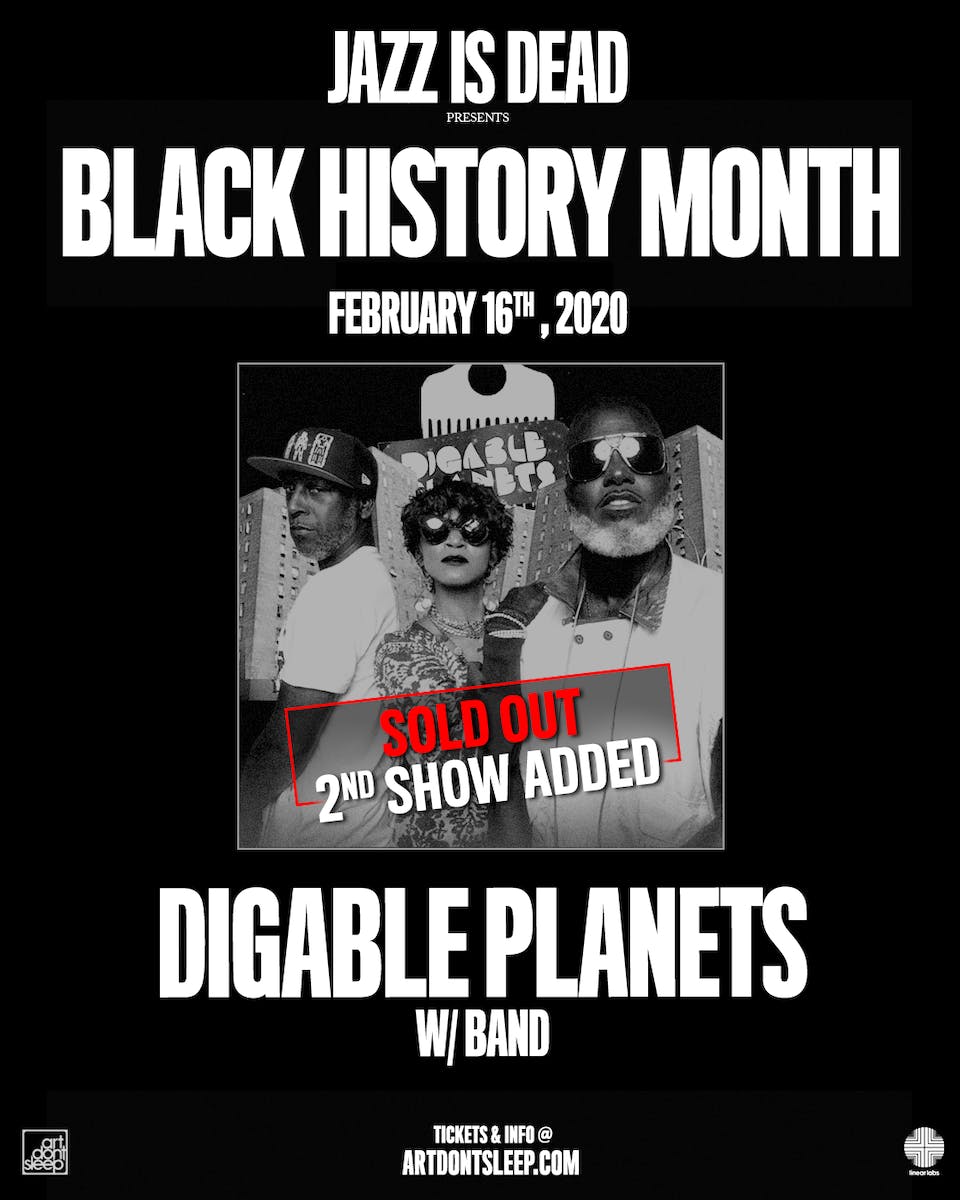 Though they were not the first to synthesize jazz and hip-hop, Digable Planets epitomized the laid-back charm of jazz hipsters. The trio's 1993 debut album, Reachin' (A New Refutation of Time and Space), was a mellow ride packed with samples from Art Blakey, Sonny Rollins, and Curtis Mayfield, and the single "Rebirth of Slick (Cool Like Dat)" became a Top 20 pop hit. After earning a Grammy for Best New Duo or Group and embarking on an ambitious tour that included several live musicians, the Planets returned in late 1994 with their best album yet. Blowout Comb continued the group's jazz-rap fusion, but also saw them branching out to embrace the old school sound of the street as well. Disable Planets is currently working on a new album and will be blessing us with all of their hits backed by a full band. Rewatch their “rebirth of Slick” video here.

1 Ticket to each of the concerts (5 concerts total)